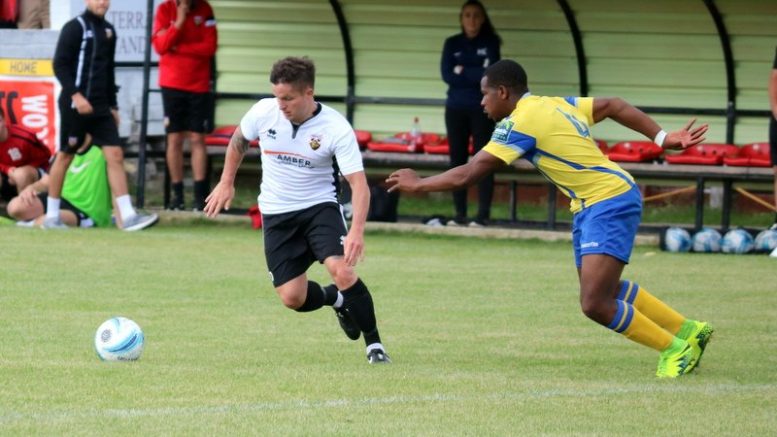 Pagham will look to potent frontman Scott Murfin to continue his rich vein of form in front of goal when the Lions go to Sittingbourne in an FA Cup replay tonight.

Diminutive hitman Murfin grabbed the goal from the spot that earned the Nyetimber Lane outfit a 1-1 draw with the visitors on Saturday after they went behind early on.

He found the net in the 4-0 drubbing of Arundel in the previous round, then chipped in with another strike in an impressive 4-0 win over a strong Horsham YMCA side in the league a week later.

It has provided a dream start for Pagham’s new managerial team of Richie Hellen, Tom Simmonds and coach Will Searle. 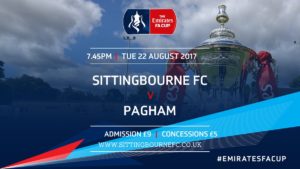 Another bonus has been the form of attacking midfielder Lloyd Rowlatt, whose fitness and application is said to be a huge boon to the team ethic. Super-fit Rowlatt got some game time for Bognor Regis Town in a clutch of pre-season games and is said to sum up the team spirit running through the club. He recently scored 14 on a bleep fitness test. A score of 13 gets you into the Royal Marines!

Co-boss Tom Simmonds scouted Sittingbourne at a recent home game and knew they were big, powerful and direct. He said: “To be fair I thought we did enough to win the game but they are a good side. The players go into tonight’s game knowing what they are up against and they will do so with no fear.

“We are a very young side, with an average age of 22 in the game on Saturday. There is a great spirit in the dressing room and we are willing to work hard for each other. The boys have lots of hunger and desire and that is always a positive, so we will go into the game in confident mood.”

The Lions head to Kent to face the Bostik South outfit knowing the winners of this tie will come up against Carshalton Athletic or Walton & Hersham in the following round.

Car-azy! Rocks to tear up Nye Camp turf and replace with plastic pitch to double up as CAR PARK