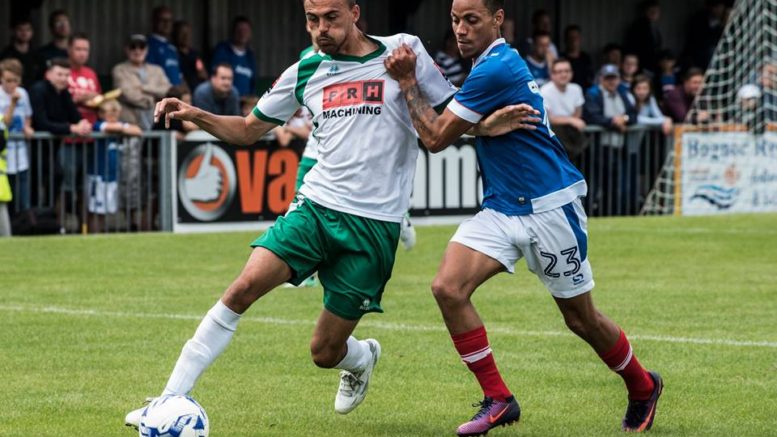 But they do so having lost the the services of  key players such as Jimmy Muitt and Corey Heath through injury, with question marks over the fitness of  Harvey White, Doug Tuck, Calvin Davies, Joe Lea and Ollie Pearce.

And with versatile Gary Charman allowed to leave on loan to Borough, Pearce must try to bring in players to try to boost his options — and he has until 5pm today to do so.

Muitt and Heath are thought to be carrying ankle injuries that will prohibit their availability for weeks rather than days, while others will wait for fitness tests to see if they can play. Influential midfielder Doug Tuck hasn’t trained all week.

Bognor sit in sixth spot in the table, and are unbeaten; as are the hosts who occupy third.

Howell will no doubt be warmly greeted on his return to the Nye Camp. The fans’ favourite guided the Rocks to promotion from the Ryman Premier League last season with a play-off final win over Dulwich Hamlet.

Two days later he left for Eastbourne, attracted by a full-time job, a salary said to be in the region of £40,000 a year and a sizeable transfer kitty with which to attract players. He flexed that financial clout earlier this week when he lured former Bognor midfielder Kane Wills to East Sussex from Worthing.