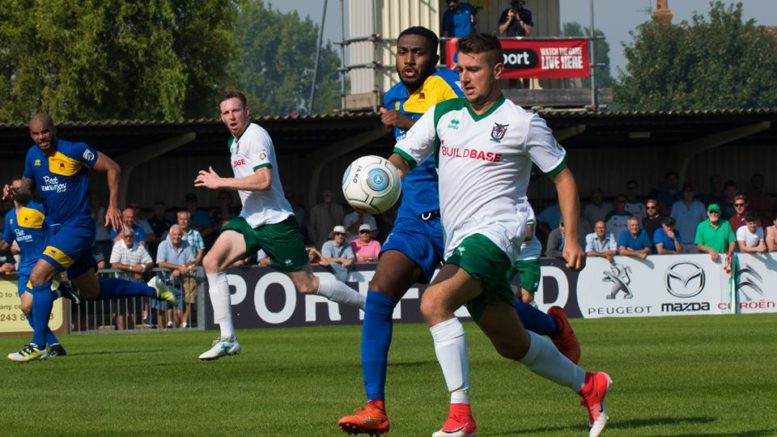 Ollie Pearce is hopeful of winning his fitness battle to help spearhead Rocks attack after missing the clash at Chelmsford.

Pearce was absent from the Bognor team that earned a valuable point in the creditable 0-0 draw at table-toppers Chelmsford in front of a 898 fans on Saturday with what is said to be a groin strain.

The Nye Camp favourite is said to be “50/50” to be involved as the Rocks look to get back to winning ways following two defeats, at East Thurrock then home to Eastbourne Borough, and the draw yesterday.

Pearce has hit four goals in six appearances so far this campaign and it is this form in front of goal that is said to have interested Havant in the summer. 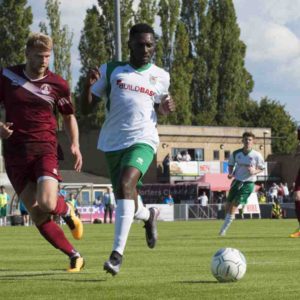 Striker Chinedu McKenzie, on-loan striker for a month from Maidenhead United, made his debut and was replaced by a fit-again Jimmy Muitt 10 minutes into the second half.

Rocks also benefited from influential midfielder Doug Tuck being back in the fold. Young scheme Tommy Block was forced to pull out of the squad with a knock.

After Tuesday’s game Pearce takes his side on the road once more to face Wealdstone next Saturday.

On, off…ON again! Rocks WILL host Pompey as Pearce replaces El-Abd to take charge for friendly