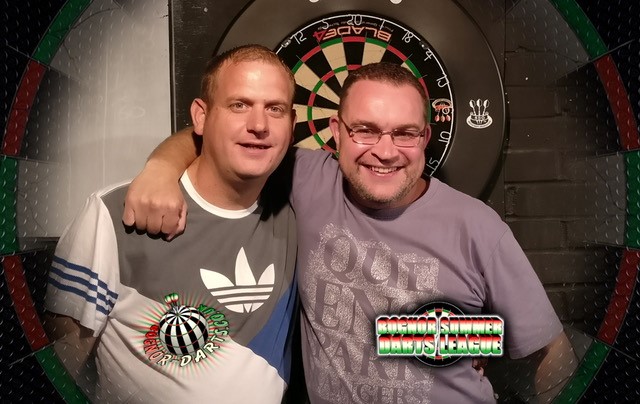 As the season nears its end, the knockouts took place at the Newtown Social Club. And for the third year on the trot, there was an excellent turnout with 82 players taking part. 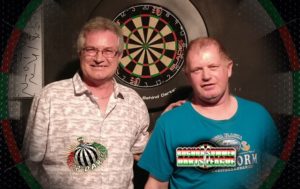 The Division 2 final saw one ton from each team, but Todd and Isles had first shot at a double. They missed the double, but had multiple tries as Pennells & Gray also struggled. Eventually with both teams needing double 1 it was Pennells who took the leg.

The second leg saw Pennells and Gray forge ahead whilst Todd and Isles had scoring trouble. Steady scoring from Gray with 60, 85, 60 and 64 gave Pennells a shot, and in two darts the leg was won, making Pennells and Gray Division 2 Pairs Champions. 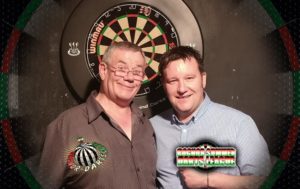 The Division 3 final saw a ton from Dan Middleton and a 125 from Edwards, but both teams had double trouble. Eventually Steve Middleton hit double 12 to take the first leg. The second leg saw the better darts come from Edwards and Hoare.

With 152 left Hoare stepped up, hitting treble 19, and another treble 19, but the last dart was just inside the double 19. With the Middleton’s caught up and on their own double, it was now time for Edwards to hit double 8, which he did, taking the game to the last leg.

The last leg saw tons from Edwards and Steve Middleton, but Edwards and Hoare were scoring steadily. After going all the way and leaving double 1, Edwards only needed his first dart to take the win, making himself and Hoare Division 3 Pairs Champions.

Super Coopers! Dad Andy and daughter Jody prove they are a knockout couple as they lift darts title