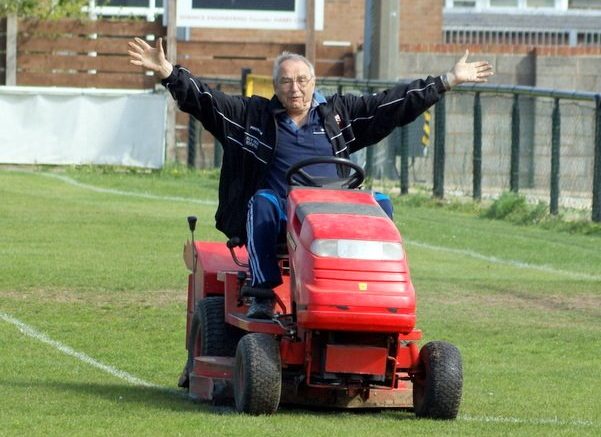 Pagham had reason to celebrate despite losing to Whitehawk in an FA Cup clash at Nyetimber Lane yesterday — thanks to the club’s long-serving veteran Eric Nunn.

For club president Eric, known as Mr Pagham, has proved he is pitch perfect when it comes to maintaining the grass at the Lions’ HQ — and this has been recognised with a top gong for his fantastic efforts.

Eric has been voted the Southern Combination Best Groundsman for 2017-2018 and even a 2-0 defeat at the hands of the visitors, who play in the same league as Bognor Regis Town (the Bostik League Premier Division) couldn’t dampen the celebratory mood. 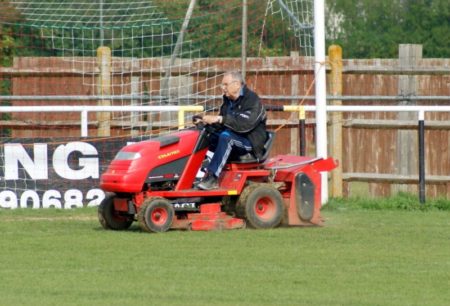 Chairman Tony Shea said: “Congratulations to our president Eric. He has been at Pagham for more than 40 years and has fulfilled many posts in that time. Starting as second team manager, Eric moved on to be club secretary, chairman and vice-chairman as well as commercial manager and life president. He even found the time to put in the occasional appearance on the pitch as and when it was necessary!

“And with all this going on, Eric still found the time to serve as a director of the Sussex FA for 16 years and is a life member of the Sussex County League. As Eric says himself, he has always strived to be a compliment to the club and to encourage people to watch their football at grass roots level. Once again, many congratulations Eric and a big thank you from everyone at the club.” 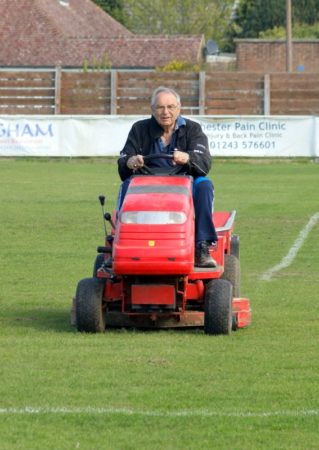 And even though Pagham lost out against the Hawks, managers Richie Hellen and Tom Simmonds have got a feel-good factor running through the playing squad, a result of which is that they sit fourth in the league table having played a game fewer than current leaders Chichester City. The Lions are next in action when they travel to Broadbridge Heath for a league encounter on Tuesday.

And She says he has been heartened by the local businesses who have dug deep to help sponsor the club. “The match against Whitehawk was sponsored by ND Autos and we want to thank Mark Harnett for his support, as well as all of the other fantastic people and businesses who help us. We are truly thankful and it makes such a difference to how we can operate as a club.”