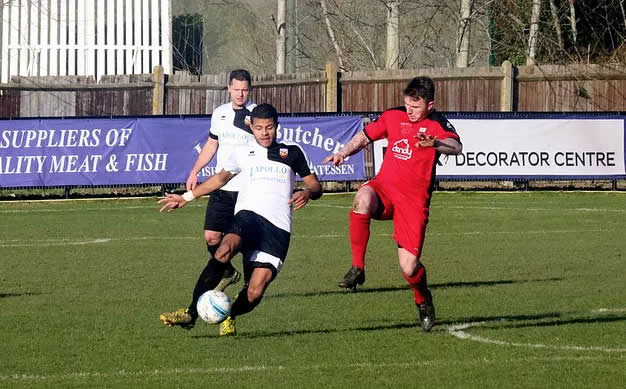 Pagham stalwart Darren King is hopeful of a bumper gate when the Lions take on Premier League hopefuls Brighton at Nyetimber Lane in a mouth-watering cup clash.

Former Pagham striker King, now a prominent member of the club’s committee, says the Sussex Senior Cup encounter on January 18 has stirred the imagination of locals.

And although Chris Hughton’s Championship leaders will field a side made up of mainly budding starlets against Mark Bennett’s outfit, King is confident that the match will be one to savour.

He told So Bognor:

“It’s a prestigious game for the club and we are up for it and really excited. Any Brighton team coming here is a huge attraction for us and our village and the wider Bognor population.”

“We have a young, exciting squad and a management team in Mark and Richie Hellens, who like to play the game the right way.”

“To welcome a club of the stature of Brighton is thrilling and we are gearing up for a big night of football, on and off the pitch. Fans have been talking about the game non-stop and we are happy to welcome all-comers, old faces and new, on the night. It should be a good crowd and a great night of football under lights.”