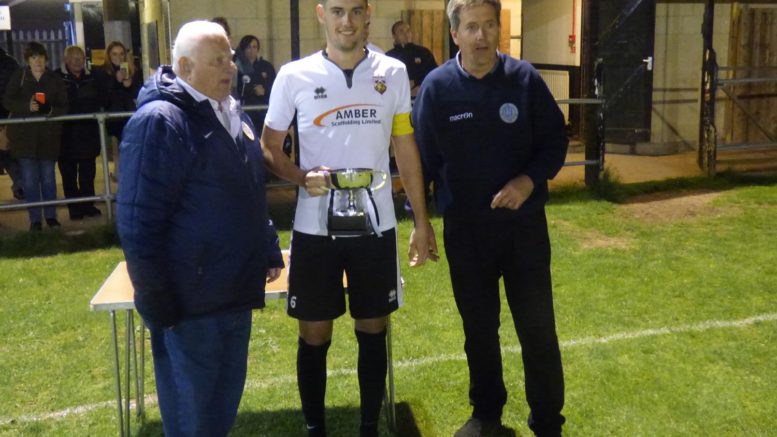 Pagham FC brought two trophies home to Nyetimber Lane on the same night, although one of them was tinged with controversy!

Forced to play not only the Reserves Cup Final but a vital Under 21 game on the same night, the Lions came through with flying colours to claim both trophies available. With the Under 21 squad in action away at Hassocks in a league match, a Reserve squad containing several first team regulars took to the field at The Lashmar, home of East Preston FC, to take on Broadbridge Heath Reserves in the Reserve Section’s Cup Final.

The Cup Final was, it has to be said, not much of a contest, helped by the fact that the Bears goalkeeper injured himself in the warm-up and was replaced in the team by a defender. This backfired as early as the 7th minute when a cross from the left by Johan van Driel took a wicked deflection and looped over stand-in keeper Brendan Milborrow’s head and in to the net.

It was 2-0 four minutes later when Ashley Harper tapped home a cross from Callum Overton after some great work from Ryan Cox. Callum Overton then turned goalscorer in the 22nd minute, knocking home a corner at the far post.

Pagham keeper James Binfield was forced into his first save pushing a free-kick away for a corner after 28 minutes, but the ball was soon back up the other end of the pitch as Overton had two chances, sending a flashing volley just wide and forcing a great save from Milborrow, having been set up by Harper.

The Lions would not be denied though and a minute before half-time it was 4-0 as Joe Booker headed home a van Driel corner. 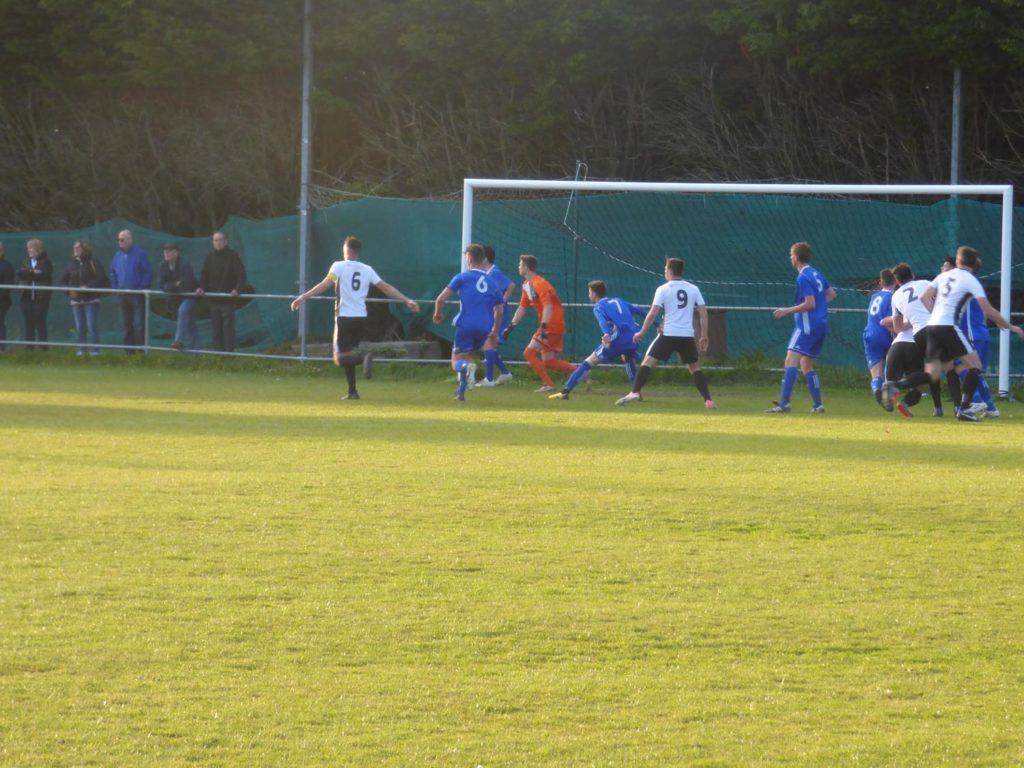 The second half started with keeper Binfield making another good save to deny the Bears, before both Ryan Cox and Overton were denied by the Broadbridge keeper. Pagham then made three substitutions, bringing on Joe Matthews, Alex Jasper and Mike Rogerson for Cox, Rowlatt and Overton.

They turned out to be inspired changes, as two of those brought on scored to finish the game off. Firstly, in the 67th minute Matthews headed home unmarked at the far post and then Jasper lashed the ball home in added on time from just inside the box following another great ball from Harper.

In between the two goals, Lions Keeper Binfield pulled off a double-save of extreme quality, blocking a close-in drive and getting up to push a fierce volley from the rebound over the bar. And that was that, controversial it may have been but Pagham did what they had to do and did it very well.

Meanwhile, over in Hassocks, the U21 West League Title was won with two games to spare as the Young Lions beat the Robins 3-1. Scott Rafferty had given Pagham an early lead in the 14th minute before league top-scorer Jack Parkinson scored in the 29th to make it 2-0. Hassocks pulled one back after 35, but Parkinson, with his second, settled the matter two minutes before half-time to wrap up the title.

So, one night, two games, and two trophies, not a bad evening all-round for the Lions to round off an excellent season for the club.