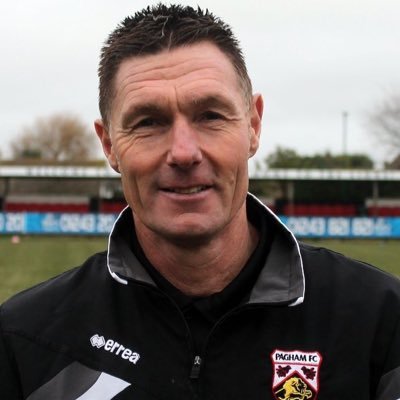 Pagham boss Mark Bennett has called time on his tint in the hot seat at Nyetimber Lane. The Lions boss has informed chairman Tony Shea that he no long wishes to manage the club and will relinquish his duties come the end of the season.

Pagham attracted some big names after Bennett took over as boss and recruited players such as Kieron Pamment and Joe Shelley for their Southern Combination League Premier campaign, but results faltered and the dup eventually jumped ship to join league leaders Shoreham. 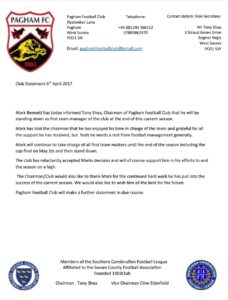 The Lions, who are home tomorrow against Crawley Down (Gatwick), are fourth in the table, some 20 points behind the leaders. And they are 15 points off nearest rivals Chichester City, who are in third.

A club statement, pictured here, says “Mark has told the chairman that he has enjoyed his time in charge of the team and (is) grateful for all the support he has received, but feels he needs a rest from football management generally.”

It is unclear if Bennett’s No.2 Richie Helens is quitting, also.

Keep on running! Rocks get behind teachers Dan and Joe as they raise charity funds in Great South Run