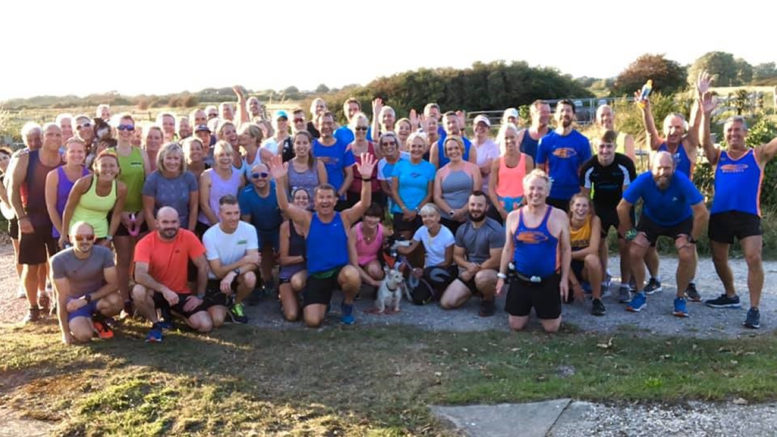 The leading running club in Bognor Regis is looking for members — and there is a big incentive for would-be participants who want to start the New Year with a goal.

For many of us, the Christmas period brings the temptation to over-indulge. Just when you thought you had your head round how you were going to fulfil your new year’s resolution to get fit, a bumper crop of mince pies comes your way.

Then there are the endless post-yuletide dinner chocolates, treats, cakes and sweets. It’s a nightmare – and all of the good intentions to get fit and kick-start the new initiative to take up running can go out of the window.

But there is no shortage of opportunities for newbies to pull on their running shoes, don their shorts and vest and start recording some decent personal best times.

The upsurge in running events since the boom in the sport means that when the bug strikes, new runners can find loads of races in which to take part.

As so often is cited with a new discipline — such as fitness, and running– taking the very first step is key; and with it the help that is needed for newbies.

That’s why Bognor Regis Tone Zone Runners has proved so popular. And the club is holding their joining night on Tuesday January 7th and although the club is welcoming established runners and those who will be re-joining, beginners have the chance to be coached to a point where they will be able to consider taking part in the summer’s Bognor Prom 10k race.

Veteran runner Keith Hardwell, who is the head coach for the well-well-established running club, said: “For absolute beginners, looking to run the Bognor prom 10k to seasoned runners, why not come along and join your local running club?”

“The club offers 12 fully qualified coaches in association with UK Athletics to help you. The fee includes 12 months membership, club vest, discount at various stores, £2 off any race you enter, summer off-road runs, as well as London and Brighton marathon places. All for just £46.”

“This works out 88p per week (Tuesday and Thursday). Surely this is the cheapest way to lose weight and get fit? With more than 200 members, why not come along and be part of the team?”

One runner who is determined to join the club and has an eye on the Bognor 10k race in May — which, incidentally, will be its 26th anniversary — is Chas Rawlings. He said: “I have seen the members running along the prom and have long held the desire to join them. I don’t have any more excuses now to so I am going to sign up and try to get in shape so that I can take part in the Bognor 10k. Here’s hoping!”