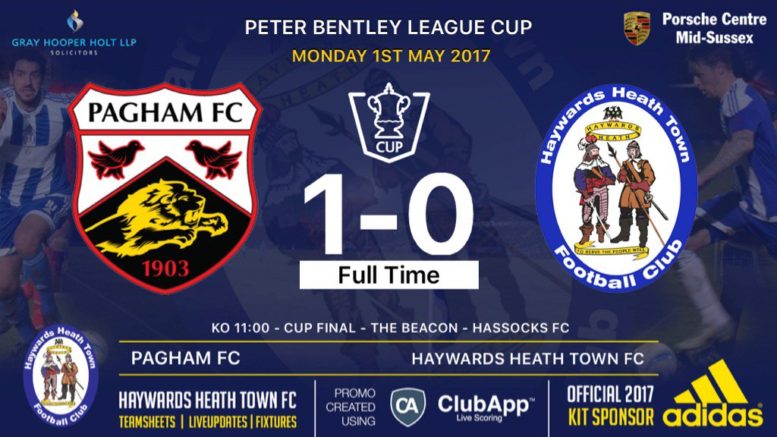 Bennett is bowing out after a season at the helm at Nyetimber Lane, with his long-term assistant Richie Hellen taking the job alongside Tom Simmonds, who has won five trophies in three years as head coach of the club’s U21. 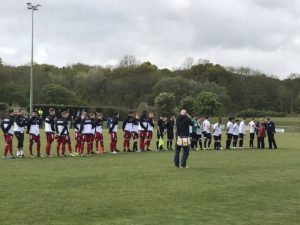 Teams line up before the kick-off

But that is the future. Today was all about the present for the spirited Lions. And Bennett got the perfect going away gift with this triumph, made possible by Callum Overton’s goal on the hour, which proved to be the only strike of the game.

It was a deflected shot but that won’t be in the history books. What will be is the fact that Pagham, who have endured a topsy-turvy season in many ways, got their hands on the cup; and showed great character in so doing. 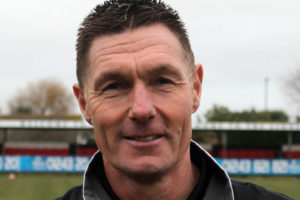 Overton’s effort looped over Heath keeper Josh James to give Pagham the lead in the final, which was played at Hassocks FC, and the Lions held onto their lead for a memorable victory despite Dan Swain seeing red.