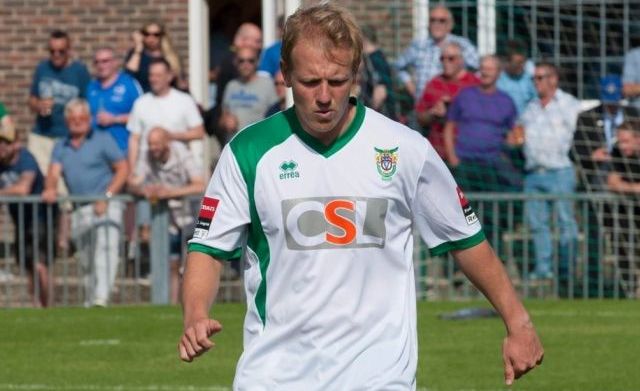 Bognor have suffered a huge blow as they head to a higher standard of non-league football with the loss of the services of free-scoring midfielder James Fraser.

Rocks chief Jack Pearce has revealed that Fraser, 26, has left the Rocks due to “personal circumstances”. It is understood that they player believes his fitness isn’t up to a gruelling season in the national League South. Darren Budd is another midfielder who has left Nyewood Lane, he said.

But Pearce says he has made offers to eight current players and is “very positive” that they will all sign new deals. Fraser, said to be on the Worthing radar, is such a significant loss because of the goals he scored last season, bagging 26 strikes in 56 appearances.

He has had two spells at the club. He returned to the Rocks after signing from Ryman Premier rivals Burgess Hill at the start of the last season. He spent the 2014/15 season at Lewes after successful spells at Peacehaven & Telscombe and Whitehawk.

He has also played for Worthing, Eastbourne Town, Eastbourne Borough as well as a spell with Bristol Rovers in the Football League after joining from Woking.

Budd, who is said to be of interest to Horsham, had less of an impact, playing 31 times and scoring three goals in last season’s campaign. He spent several seasons at the Nye Camp earlier in his career during the club’s Conference South days. He originally left to sign for Eastbourne Borough, then spent seven seasons at Burgess Hill, returning to the Rocks at the start of the 2016/17 season.

Bognor won promotion from the Ryman Premier League to the NLS in a dramatic play-off final victory over Dulwich Hamlet in the last game of the season. But the joy was short-lived. Manager Jamie Howell announced he was switching to a full-time job as manager of league rivals Eastbourne Borough just 48 hours after the promotion party.

Now the Rocks have lost Fraser and Budd, and have no manager in place yet. Pearce added: “We have thanked both James and Buddy for their time and service at the club. They won’t be at the club next season because of their personal circumstances.”