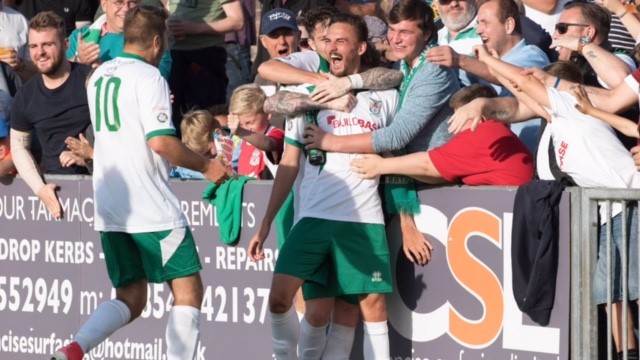 Rocks taskmaster Darin Kilpartrick has been cracking the whip in training to sharpen the fitness of his Bognor players as they head to Eastbourne Borough for an enticing FA Cup clash.

Nyewood Lane coach Kilpartrick, No.2 to manager Jack Pearce, moved to get his charges into even better shape after a slump in league form left them in the lower reaches of the Vanarama National League South.

The gruelling sessions paid off to some degree when the Rocks drew 2-2 at home to Gloucester City on Saturday. Pearce’s men had to make do with a share of the spoils after snatching a two-goal lead but the extra fitness displayed was a bonus.

And when striker Ollie Pearce ran to Dabba to celebrate his goal by showing his midriff it was evident that he was suggesting the enhanced training had paid off. Jimmy Muitt handed the home side a two-goal advantage but the Rocks construed to toss away their lead. 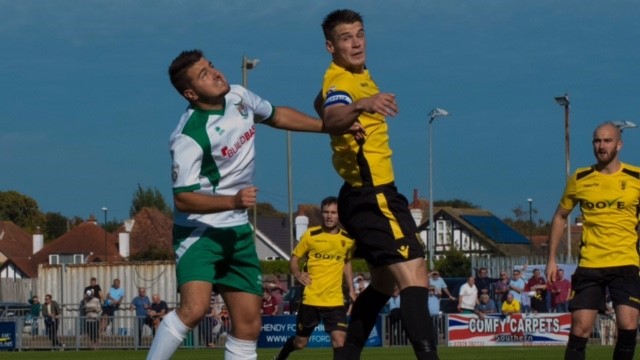 Speaking in his club programme notes before the Gloucester game, Kilpartrick said: “It is vital that the players use the improved performance and result as a springboard to ensure that we pick up on the league form.

“We trained extremely hard on Tuesday and it was a very physical session because we need to be 10 per cent fitter. Where we have been playing every midweek then needing to recover, we’ve not been able to train like that. So we will take full advantage of weeks where we can train hard.”

No doubt there will be a renewed vigour among the Rocks aces in training this week as they head to a third round qualifying tie Priory Lane to renew acquaintances with former boss Jamie Howell. The popular manager is now at the helm at Boro after quitting Bognor to join the East Sussex outfit in the summer.