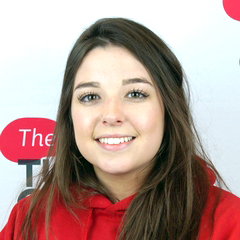 Bognor student Nicola Wood has vowed to raise awareness of a charity after a shock diagnosis showed she had an inoperable brain tumour.

Nicola, 20, has become a young ambassador for The Brain Tumour Charity following her brain tumour diagnosis in May 2012. She was diagnosed after she suffered with delayed growth for six years.

Nicola, a first year Biochemistry student at Leeds University, said: “My family are all tall so my mum was concerned that I was so much smaller than everyone else. We went to see the GP who referred us on for an MRI scan immediately.”

The MRI scan revealed a suprasellar tumour pressing on the pituitary gland. “When we were called in for the results I had no inclination that anything was wrong, I was more concerned that I was missing school. Even when the doctor told us the news I didn’t comprehend the enormity of what he said. 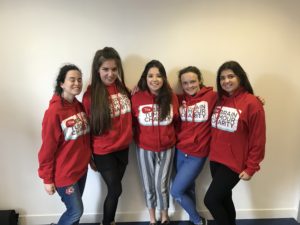 “It was only when I looked at Mum and Dad who were both clearly upset but trying to keep it together that I knew something was very wrong.”

The location of Nicola’s tumour means that it is inoperable, but she is treated for her symptoms and is currently undergoing endocrine treatment and has scans every two years to monitor the tumour growth.

Now Nicola is hoping to raise awareness around brain tumours and is joining 22 others as Young Ambassadors for The Brain Tumour Charity. All have either been treated for a brain tumour or lost a close relative to the disease.

“When you are living with a brain tumour it can become a taboo subject but I firmly believe that this is down to a lack of understanding. Life can carry on after a diagnosis.

“Through my ambassadorship I want to offer support to others my age who are going through similar situations and raise as much awareness about the disease as possible.”

Emma Wood, teenage and young adult worker for The Brain Tumour Charity, said: “We are delighted to welcome Nicola to our team of Young Ambassadors.

“Nicola’s positive outlook and determination to help others following her own diagnosis is an inspiration to all of us at The Brain Tumour Charity.

“Nicola’s support will make a real difference to our work in raising awareness of brain tumours and their impact as we continue our battle to defeat this awful disease.”