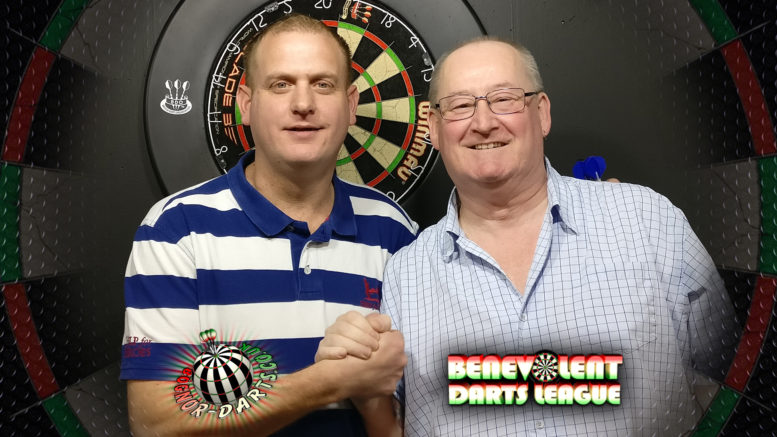 It came after the action at the captains and secretaries knockouts competitions which took place at the Newtown Social Club.

The secretaries’ knockout saw 15 players take part out of a maximum of 20, the same as last year. The first semi-final saw Keith Robinson (Chi Snooker Club) take on former champion Lee Franklin (Friary ‘Z’). A tough fought match that could have gone either way, eventually saw Robinson take the place in the final with a 2-0 win.

The second semi-final saw the runner-up from two years ago Simon Edwards (Richmond ‘B’) against last year’s champion Gary Blackwood (Legends). This was also a repeat of last year’s summer league secretaries’ knockout final, but Edwards couldn’t get a leg, and Blackwood won 2-0.

Blackwood won the bullseye to start the final, but got off to a slow start whilst Robinson hit a ton with his first throw. Blackwood eventually hit a ton, but a 120 from Robinson, followed by 97 gave him a lead of over one hundred. Robinson missed his first chance at the double, giving Blackwood a try at a 90 out-shot, but he missed the bullseye.

Robinson then only needed his first dart to take the first leg. The second leg saw Robinson hit two scores of 85, and later two tons, which kept him in the league over Blackwood, but only by a small amount. Robinson missed double eight for the win, giving Blackwood a go at 32, which he got to take the leg. The last leg saw a close game with Robinson hitting a 140, helping him leave 48.

Blackwood was left with 127 and wasn’t letting his opponent have another chance, so he stepped up, hitting a treble 20 and single 17 to leave the bullseye, which he hit, taking the 127 out-shot, the win, and the title for the second year on the trot. 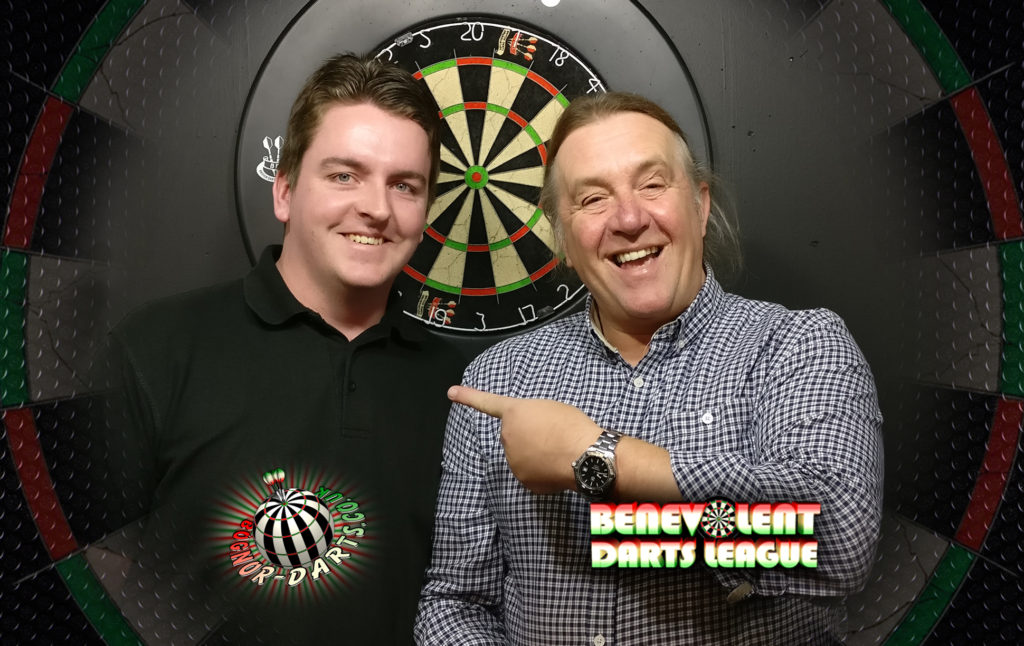 The captains’ knockout saw 14 players take part out of a maximum of 20, one more than last year. The first semi-final saw Adam Judd (Aldingbourne Mavericks) up against Hayley Gatford (Hunston Hares). This was Judd’s first attempt at the knockout, and he got off to a good start by making the final with a 2-0 win. The second semi-final saw Colin Mace (Friary ‘Z’) taking on James Riggs (Friary ‘D’). Mace pulled out all his experience to beat his opponent 2-0, and make it to the final.

Judd won the bullseye to start the final, but got off to a slow start. Unfortunately Mace was up and down with his scoring, even having one dart bounce out of the board. Judd struggled on his double, but had enough time, eventually hitting double 5 for the first leg.