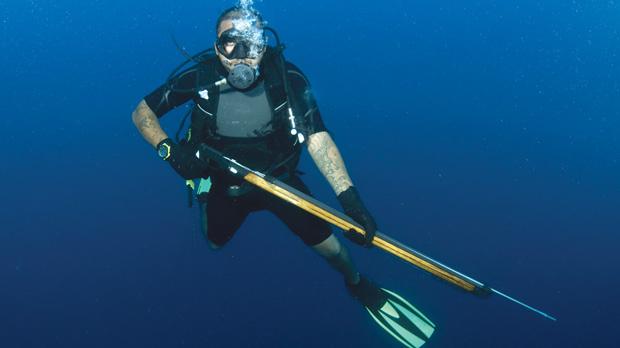 A spear fisherman was in danger of downing before being dragged from the sea off Bognor Regis this morning. He is now said to be recovering after being plucked to safety.

A passer-by alerted emergency services at around 9am after hearing desperate cries for help as the drama unfolded east of the town’s pier.

Coastguards, police and ambulance crews were quickly on the scene and the man was given medical care and is expected to make a full recovery.

An emergency worker said: “He could easily have drowned. A person on the prom apparently heard his cries for help and called 999. He had swallowed a lot of sea water and the fear is ‘secondary drowning’. This happens when the body creates mucous to deal with all the salt water swallowed and people can drown from it after they are out of the water.”