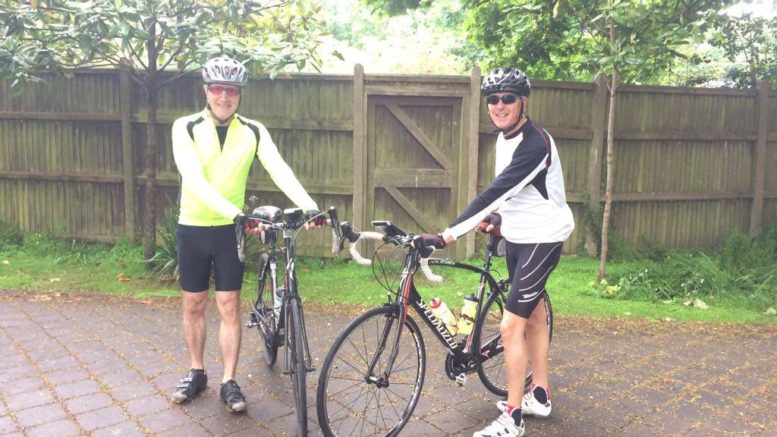 Gary Watts is ready to swap four wheels for two as he embarks on an epic 475-mile cycling challenge. The well-known Bognor car dealer sets off to peddle from Land’s End to Lowestoft tomorrow and says he is looking forward to the ride.

Gary, who is managing director of GWA Cars & Finance, is pairing up with long-time friend Chris Townend to undertake the cross-country route. And the duo have nicknamed their effort the “Tour de Old Farts”.

The intrepid cyclists are no strangers to saddling up for long trips having already completed the Land’s End to John O’Groats journey, an energy-sapping distance of 686 miles.

Gary, who runs GWA from its Coastguards Parade HQ, in Barrack Lane, along with sales director Gary Young, says the challenge is one which is being met “because it is there”.

He added: “We’re both very keen cyclists and have had this particular trip planned for some time. We set off on Friday and we are looking forward to it. We have already cycled the length of the country, from Land’s End to John O’Groats, so we thought, ‘why not got cross country this time?’. And so that is what we are going to do.