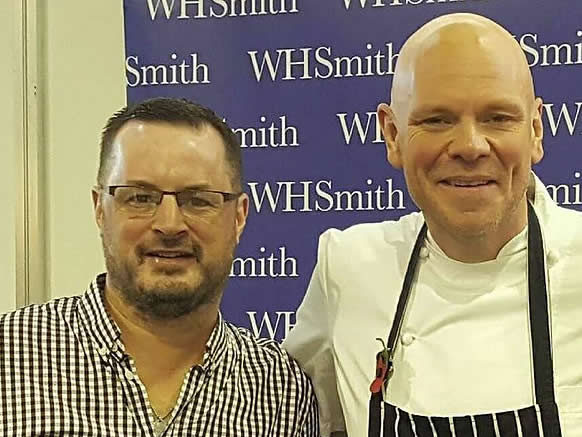 Bognor train driver Paul got the chance to see the Michelin-starred chef and posted this snap on to his Facebook page.

“He is a top fella and had time for every single punter, took extra time for kids and some disabled fans who wanted pics and autographs. My hat is off to you sir!”

Tom was the the chef on BBC2’s Food Detectives, and the lead presenter in Bake Off: Crème de la Crème.

In 2011, Kerridge’s pub, The Hand and Flowers, was the first to receive two stars in the Michelin Guide and he’s made numerous appearances on television as well as writing three best-selling cookbooks,

Proper Pub Food, Best Ever Dishes and Tom’s Table. A fourth book is due out January 2017, titled The Dopamine Diet.