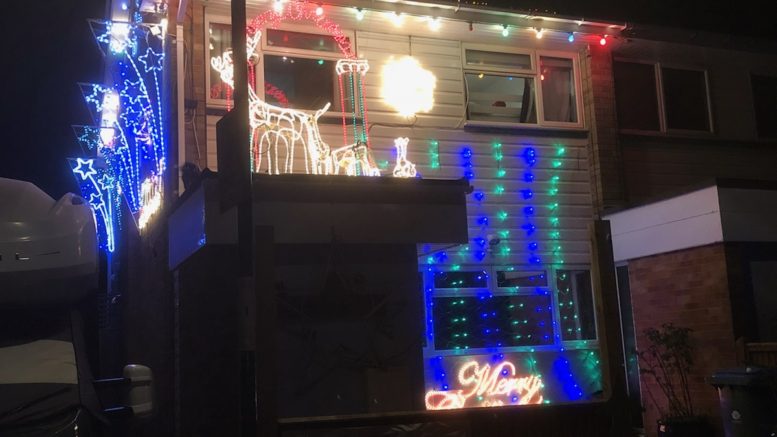 Nigel Cooke wasn’t expecting visitors, so he was perplexed when there was a knock on the door on Christmas Day. The usual yuletide festivities were underway at Nigel’s home in Stroud Green Drive, Bognor Regis, but they were put on hold briefly as Nigel answered the door.

Before him was a jovial man, though a complete stranger, proffering a bottle of bubbly. Nigel was quizzical. “This is for you,” announced the man. “I drive past your house every day on my way to work and it always lifts my spirits. So, I thought I should present this gift to you. All the best…and merry Christmas.” 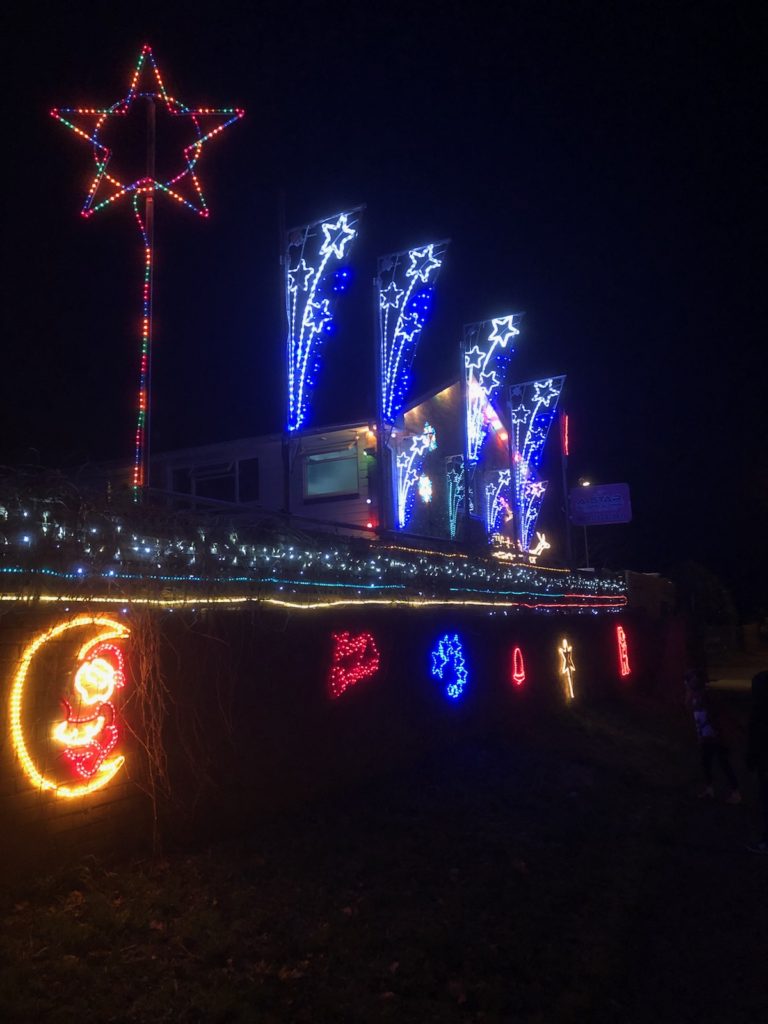 Why should a mysterious man make such a gesture? The answer lies in the amazing Christmas light show, which provides a kaleidoscope of colour to passers-by in adjacent Chalcraft Lane. Nigel puts on the electric extravaganza by festooning his property with neon illuminations celebrating the season.

“It was a lovely touch,” explains Nigel, who owns and runs Aerial Connections Ltd in Bognor Regis. “It was something I never expected but it is heartening to know that the lights bring so much joy to people.

“I started with the Christmas lights and it seems to have grown to be bigger and better.”

The light show, which Nigel started around a decade ago, has grown over the years to such an extent that someone suggested charity benefit in some way from his efforts. Of course, Nigel agreed. And so Chestnut Tree House, the children’s hospice for East and West Sussex and SE Hampshire, helping life-limited children and their families, has been a beneficiary from any money donated. 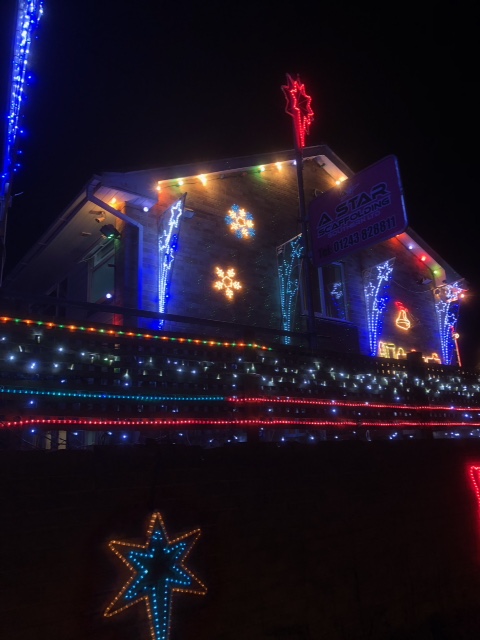 Nigel also transforms his house at Halloween, and receives a similar response from delighted children and parents as well as motorists who beep their horns to endorse his shining example.

Miles of smiles! Little Lennie in the running to raise money for sick children