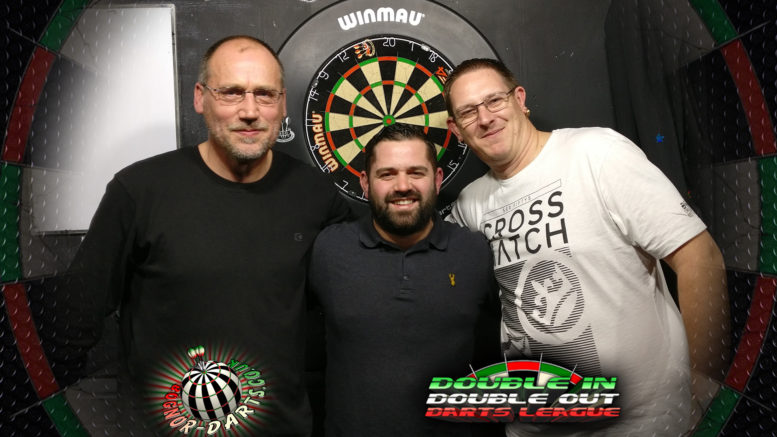 QE2 trio Wayne Wadsworth, Cliff Prior and Richard Ragless have been crowned Bognor Tuesday Double-In, Double-Out division one trebles knockout champions after seeing off the challenge from a Legends team.

The action unfolded at the Newtown Social Club with nine teams take part, the same as last year. The only preliminary match saw both teams from the Friary Arms fight it out, but the winners lost in the next round. The first round saw some close games, but ultimately the better players won through.

The first semi-final saw Wadsworth, Prior and Richard Ragless take on Micky Rowland, Andy Whiteley and Dave Juniper (the Legends). A close match saw all the players hit some good scores, but the QE2 trio hit the double in the third leg to take the spot in the final.

The second semi-final saw Gary Blackwood, Darren Rich and Ben Marley (the Legends) against Lee Chapman, Nick Green and Phil Hayers (Neptune). The Neptune team hit some good scores, but the higher ranked team from the Legends pulled out the darts to take the second place in the final.

Leg two saw Ragless start with a ton, but Marley follow with a 102 in-shot. Prior hit a 140, followed by 121 from Blackwood, but the QE2 team were closer to their double, giving Wadsworth the first chance which he took, with double eight for the second leg. Leg three also saw both teams start straight away.

Blackwood hit a 180 on his first throw, but Prior just missed out on his own maximum after a bounce out. Some heavy scoring from his team mates gave Rich a chance, and he took out 70 in three darts for the third leg. Leg four saw a 105 in-shot from Ragless, followed by a ton and 123, while Prior also hit a ton.

The Legends trio also hit some good scores, with a ton from Rich, but they were still behind their opponents. Wadsworth left a finish for Prior, but he couldn’t take it out, leaving it for Ragless, who took all three darts, eventually getting double seven for the leg and the 3-1 win to take the title. 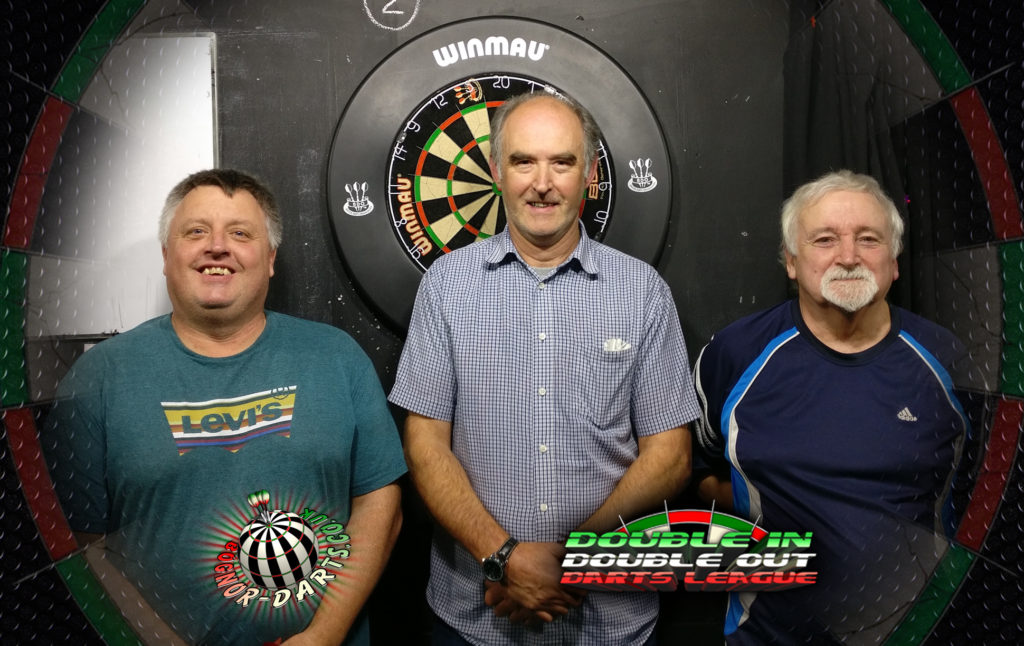 Division two saw 13 teams step up to the oche, matching the divisional record from nine years ago. The first round saw one game hold the knockout back for a while as Paula Duckett and Anji Evans (Richmond Arms) teamed up with division one player Karl Wingate (Newtown Raiders) to make a team, but they eventually won after being stuck on double one for a while.

The first semi-final saw Steve Middleton, Dan Middleton and Lee Passey (BRSA) take on Rob Palmer, Gary English and Andy Cooper (Cabin Cruisers). Despite taking out three of the top team in division two during round two, and Dan Middleton hitting a 180 in this match, the BRSA trio couldn’t match the force of the Cabin team on the night.

The division two final started with Robinson winning the bullseye, but despite getting the in-shot on his throw, the Chi Snooker team ended up behind as Palmer hit a 160 in-shot for his team. Robinson however hit a 122 on his next throw, followed by 82 from Norgett and 100 from Hellyer, putting them into the lead.

But they missed double top and then double 10 to win the leg, giving Palmer and English who also hit tons, a chance, and with 55 left, English hit the double, to take the game 3-1, and the division two title.

Flight of fancy! Keith on cue to get Bognor Summer Darts League plaudits