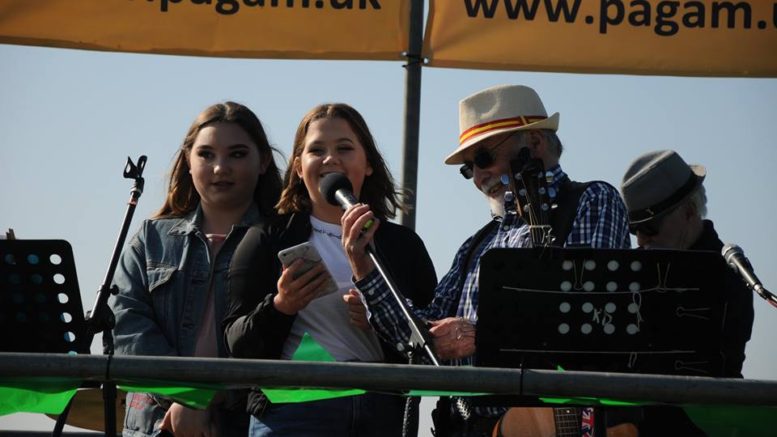 Two teenage girls summed up the feelings of many who gathered at a “Save Pagham” rally protesting against proposals to build large numbers of houses in the village.

Sophia Moulson and Chloe Toone, both aged 14, gave an impassioned voice to a rally arguing the detrimental impact of plans to build more than 3,000 homes on nearby farmland. The event was bathed in sunshine and saw a good number turn out with live music and displays (Shetland Ponies, tractors, owls) at Pagham Village Hall.

Proud mum Louise Toone said: “The girls were fabulouss and what they said resonated with everyone. They are the future here after all and the plans will have a huge impact on their generation if they are allowed to go ahead.

“Pagham is such a quaint and lovely place and the increased in population and all that comes with it will no doubt have a negative effect on village life as we know it.” 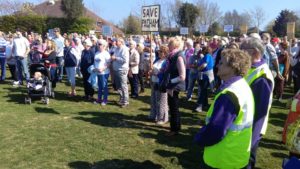 As part of the Government’s plans to build one million homes throughout the land, Arun District Council must locate plots of land where they can build and Pagham has been proposed for potential building.

PAGAM was set up by Albert and Gill Homer, who said: “We wanted to create an awareness among residents of Pagham and Aldwick of three large scale developments that could almost double the population of the village as it stands today.

“If all three developments go ahead we would see upwards of 1330 houses built on prime agricultural land without the infrastructure to support them.”