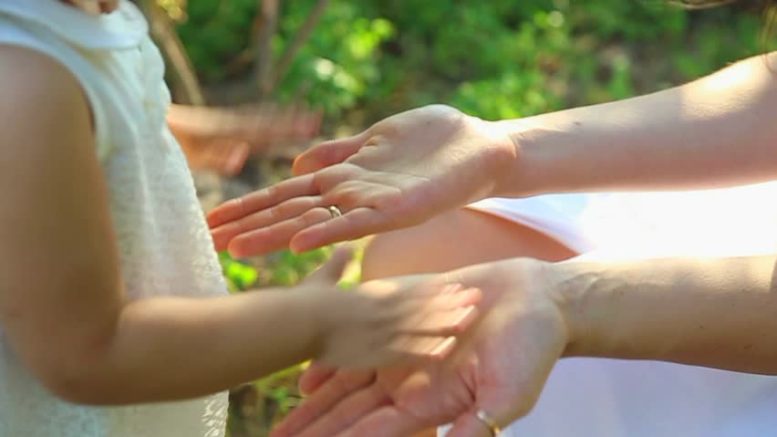 A woman who had ruled herself out of being able to adopt has told of her overwhelming emotions when she was introduced to her little girl with the words: “It’s your new mummy.”

Siobhan, 50, said: “I remember seeing my child and I just remember big blue eyes looking out the window at me and just hearing those words.”

She has shared her story ahead of National Adoption Week – 16 to 22 October – as there is an acute need for more adopters across the area.

Last year in West Sussex around 40 children were found permanent homes with local families through adoption.
However, there are currently very few people ready to adopt a child compared to a large number of children expecting to need adoption in the next year.

Siobhan recognised this need for adoptive families and had considered adoption at several points in her life but, as she got older and separated from her husband, she thought she would no longer be able to adopt.

But she was inspired after hearing another woman’s story of adoption who was a similar age and also a single adopter so she picked up the phone and contacted West Sussex County Council’s adoption team.

Siobhan added: “Everybody gets very apprehensive about the adoption panel but it wasn’t nearly as bad as I thought it was going to be. There are children that desperately need to be adopted but of course their job is to make sure that people adopting are the correct people.

“Obviously you have very lengthy discussions during the assessment with your social worker and they go into every aspect of your life. These children just become your children and I think a large part is due to the excellent work that the social workers do with the matching process.

“I knew I wanted to be a mum, I knew I wanted to adopt and I knew adoption was the right thing for me. As soon as I saw the photo, I just knew that that was my child.  Of course when you first see your child the emotions are overwhelming and like nothing I can really describe.

“But of course after that, it is a process. You don’t know them, they don’t know you. Once the love comes, it is overwhelming really. I look at her and she’s mine and I don’t feel any differently about her than if I had given birth to her or not. I mean she couldn’t be more mine if I had.

“She is without doubt the best thing that has ever happened to me. If I had to go back and do it all again knowing the trials and tribulations and the process, I would absolutely do it again in a heartbeat because I can’t imagine my life without her.”

In West Sussex, there will be around 60 children needing adopting this year, including babies and toddlers of various backgrounds and with a range of needs.

During National Adoption Week, residents can find out more at an information evening at Billingshurst Conference & Community Centre on Thursday 19 October from 5pm to 9pm.

WSCC’s Stephen Hillier said: “There are still some constraints such as the need for a spare bedroom but they have changed considerably over the last few decades and the team would welcome enquiries from all, including people who are single or in single-sex relationships. Please don’t rule yourself out.

“A child’s life can be transformed by the love of an adoptive parent and we would encourage anyone who has considered adopting to pick up the phone and find out more.”

To find out more about adopting including upcoming information sessions, visit www.westsussex.gov.uk/adoption or contact the Adoption Team on 0330 222 7777.