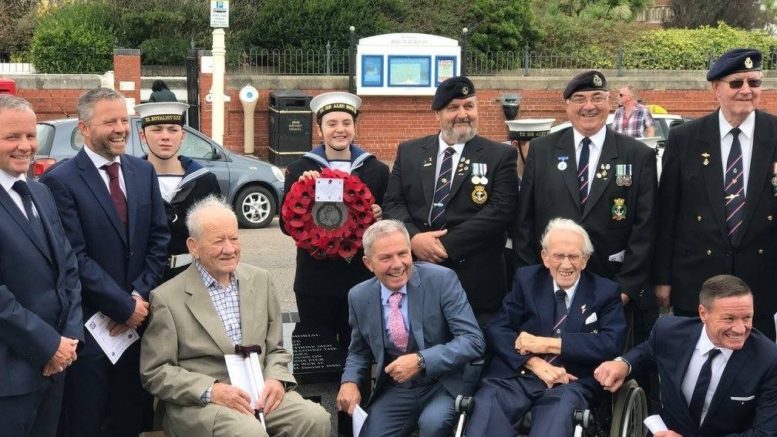 A new memorial dedicated to HMS St Barbara has been unveiled at Bognor Regis pier with the backing of the town’s prominent business Reynolds.

And a Bognor resident who was a leading wren at the school attended the celebrations. Joyce Ablitt was a guest at Saturday’s event at the pier, which hosted a training school as a branch of the Royal Navy’s gunnery training establishment, HMS Excellent in Portsmouth’s Whale Island. It was commissioned on the pier as an anti-aircraft firing range and gunnery training school for naval personnel.

Joyce, now aged 95, helped feed the gunners during their training and she had to carry their food across narrow planking that joined the two parts of the pier. 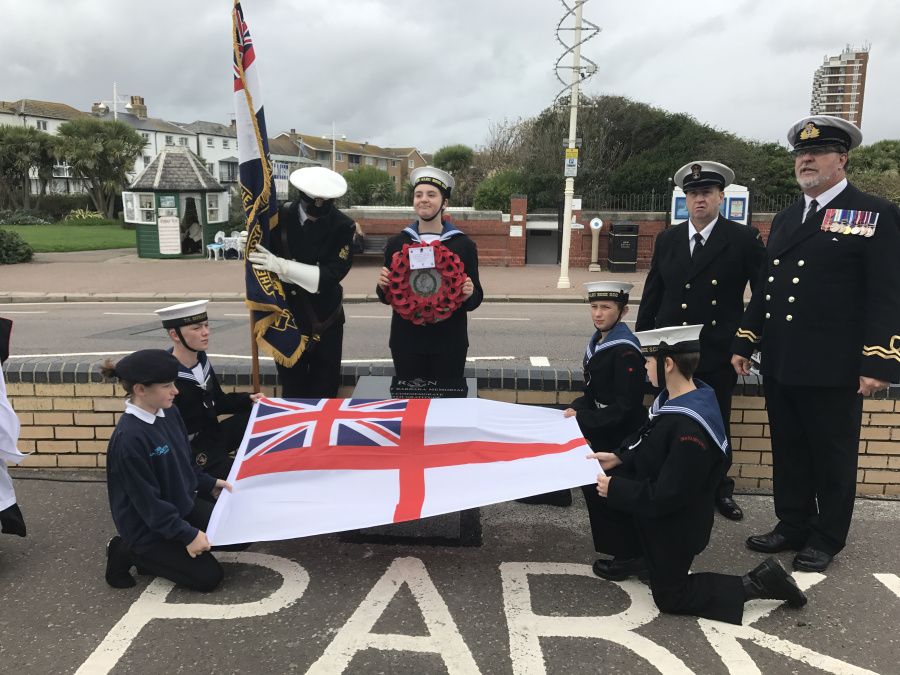 The training took place on part of pier which was destroyed many years ago in a storm. One claim to fame was on the 10th February 1943 the pier’s guns shot down a German Dornier Do 217 bomber aircraft which had strayed within their sights.

Reynolds administrator Yvonne Gabriel said the event was very well received and spoke to Joyce, chatting about her recollections of the time she spent helping at HMS St Barbara.

She said: “She was thrilled that people we so interested. It was a difficult era and Joyce said she never knew whether or not she would see the servicemen again once they left. Some came back, some didn’t. 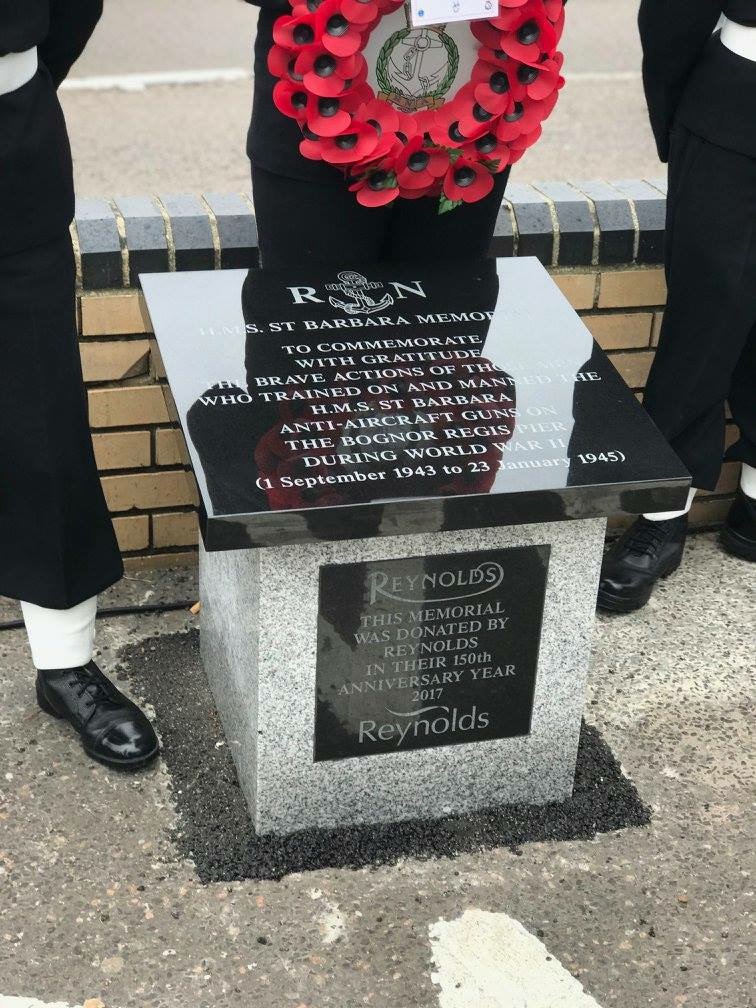 “Overall it was a lovely turn-out and the dedication was lovely. The whole event went with military precision as you would expect. The RAFA Club hosted a celebration afterwards also. One thing that is worth noting is that the young sea cadets in attendance were carried out their duties absolutely wonderfully.”

The plaque shows that Reynolds donated the memorial in their 150th anniversary year. Other guests lined up to attend were the Queen’s representative, Denise Patterson escorted by her husband, Henry Patterson. There were four generations of the Reynolds family also on hand, as well as naval and RAFA and various town dignitaries.

Bognorphenia is back! And it’s set to be bigger and better than ever…