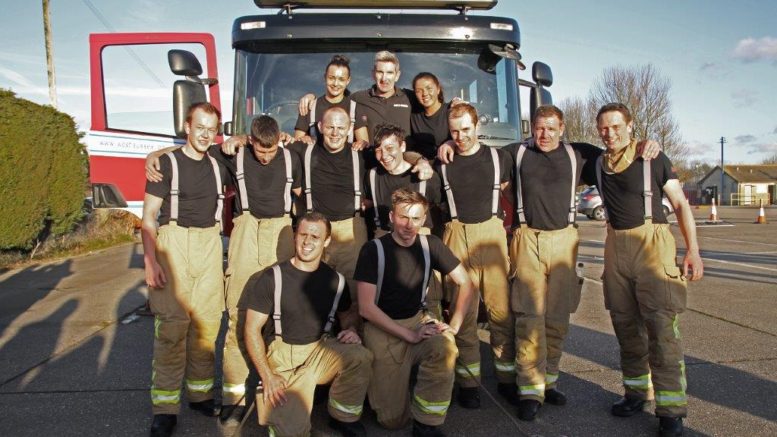 Trainee firefighters successfully dragged a 12-tonne fire engine around a four-mile course to raise money for a fire fighters charity.

Keith Parvin, course commander, says it was an incredible achievement and it was fantastic to raise money for a great cause.

He explained: “This was a really tough event. There is a longstanding tradition of trainee firefighters raising money for charity, and we’ve had some difficult challenges in the past, but this topped the lot.

“I’m really proud of this great team effort. We would like to say a huge thank you to the team at Ford Airfield, to all the support and help from the wider team on the day, and of course to everyone who has made a generous donation to this brilliant cause.”

This squad were split into teams of six and were supported by instructors from their course, who told the recruits that it was important that they changed over whilst moving to avoid a loss of momentum.

The triumphant fund-raisers were cheered on as they crossed the finish line by cabinet member for safer and stronger communities, Debra Kennard, the chief fire officer (CFO), deputy CFO, assistant CFO, as well as staff from The Fire Fighters Charity and some charity beneficiaries who showed their support.

The hard work from these trainees was all worth it as they raised hundreds of pounds and are still welcoming donations via the JustGiving page.