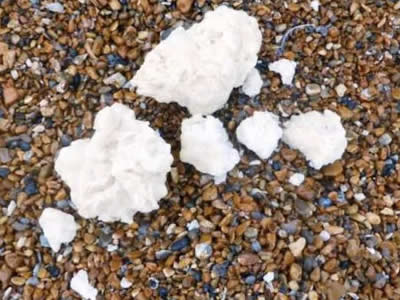 DOG owners have been warned to keep an eye out for a substance that can harm and even kill their pets.

Reports of palm oil being washed up on Bognor Regis beach have prompted Bognor Regis Town Council to released a statement.

“We have today received reports, from a concerned member of the public, that a substance believed to be palm oil has washed up on the beach near to Marine Park Gardens in Bognor Regis.”

“Deposits of the yellowish or white waxy substance, although not harmful to humans, can be fatal for pets, particularly dogs, if ingested.”

“The Cleansing Department at Arun District Council have been informed and will be dealing with this matter.”

Palm oil is a natural product used mainly in food processing and it can legally be released into the sea by ships. However, palm can be contaminated with fuel waste and other toxins and in solid form can be extremely harmful to dogs.

There has been growing concern for some years about the effects of legally dumped palm oil, not only in terms of its damage to the tourist industry but its possible ill effects on marine mammals as well as dogs on beaches.