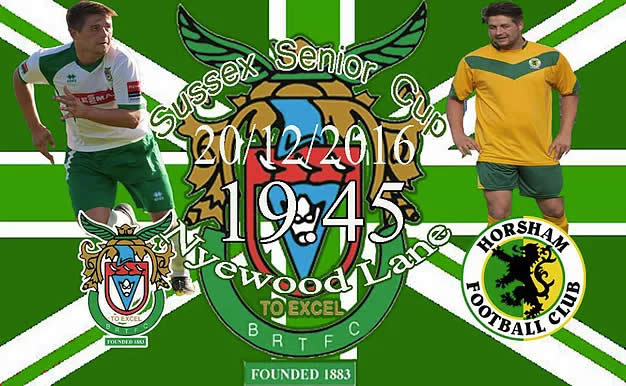 Jamie Howell’s Rocks have a fantastic incentive to overcome the challenge of Horsham at Nyewood Lane tonight in the Sussex Senior Cup.

For the Bognor high-flyers, who sit in second place in the Ryman Premier League following a 2-1 win at Folkestone on Saturday, will face Shoreham in the quarter final if they progress. The Mullets are in decent form in the SCFL Premier Division but a strong Bognor outfit should be expected to come through the tie.

But first the Rocks host Horsham. The cup game offers Howell’s troops a break from league action and he may well take the opportunity to rotate his squad, as meagre as it is, for tonight’s game, which If necessary, will have extra time and penalties to ensure there is a winner on the night.

The Rocks then host Havant in an eagerly anticipated league clash which sees the return of striker Jason Prior, and winger Alfie Rutherford to Nyewood Lane, both of whom left in the summer.

To add spice to the fixture, Havant are in third place two points behind Howell’s men with a game in hand.