It’s beginning to look a lot like Christmas! So much so, in fact, that we decided to take a tinsel-clad tour of Bognor Regis to see just how traders and residents are gearing up for the festive period.

And it goes without saying that we decided to take a pair of fancy-dress reindeer antlers with us to see exactly who was prepared to enter the yuletide spirit by donning the jingly accessory. 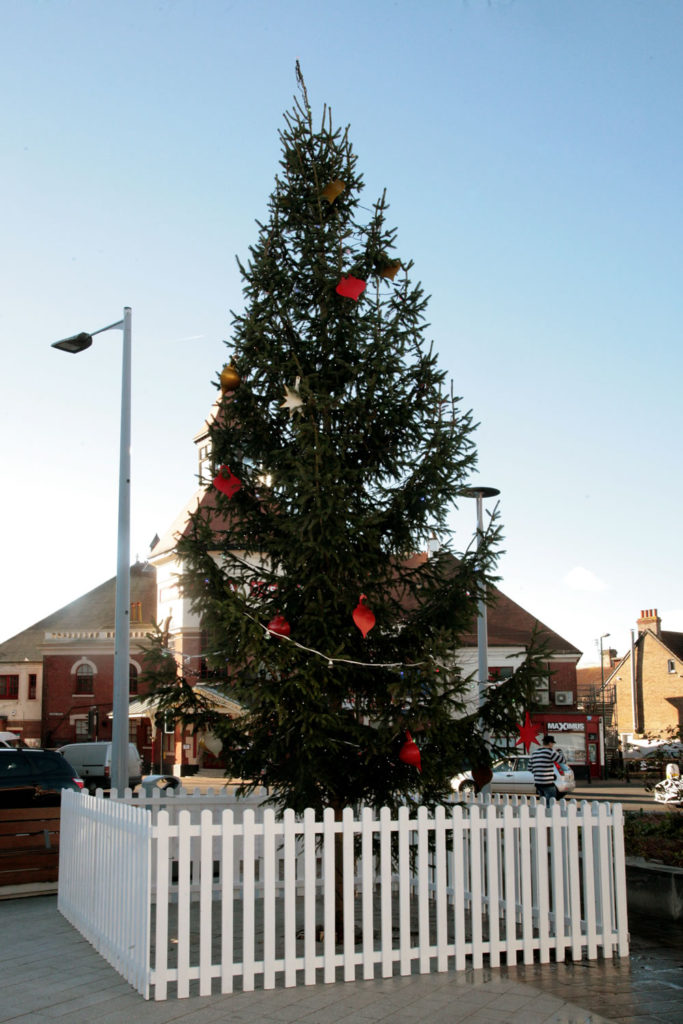 While the jury is still out on the Christmas tree erected at the town’s railway station (cruel critics suggest it is a load of old bah-humbug — and is far too limp), there is certainly no doubt about the jolly mood in which we found the majority of folk to be. 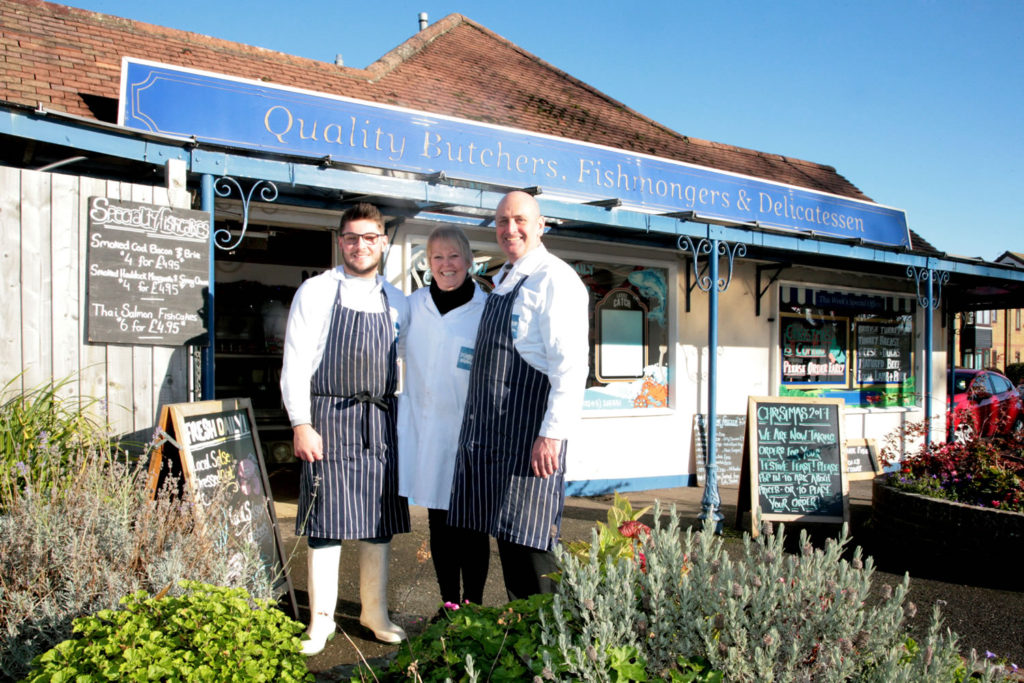 First up we stopped by at Jordan Butchers in Rose Green and the team there proved they were already embracing Christmas and all that it entailed.

And Riley Stafford, Lynette Stonelake and Gary Jordan from the team were happy to pose outside their premises. Gary said: “Christmas is a hugely popular time for us and it’s great to see everyone in a great mood anticipating all of the festivities that are coming up.”

Staff at Reynolds furniture store in the town centre were also in festive mood and Matthew Reynolds joined Alfredo Clark and Michael Marland to happily posed with the antlers.

He said: “It goes without saying that we love Christmas here at Reynolds and we hope that is reflected in the way we have decorated the store and our whole approach to the most wonderful time of the year.” 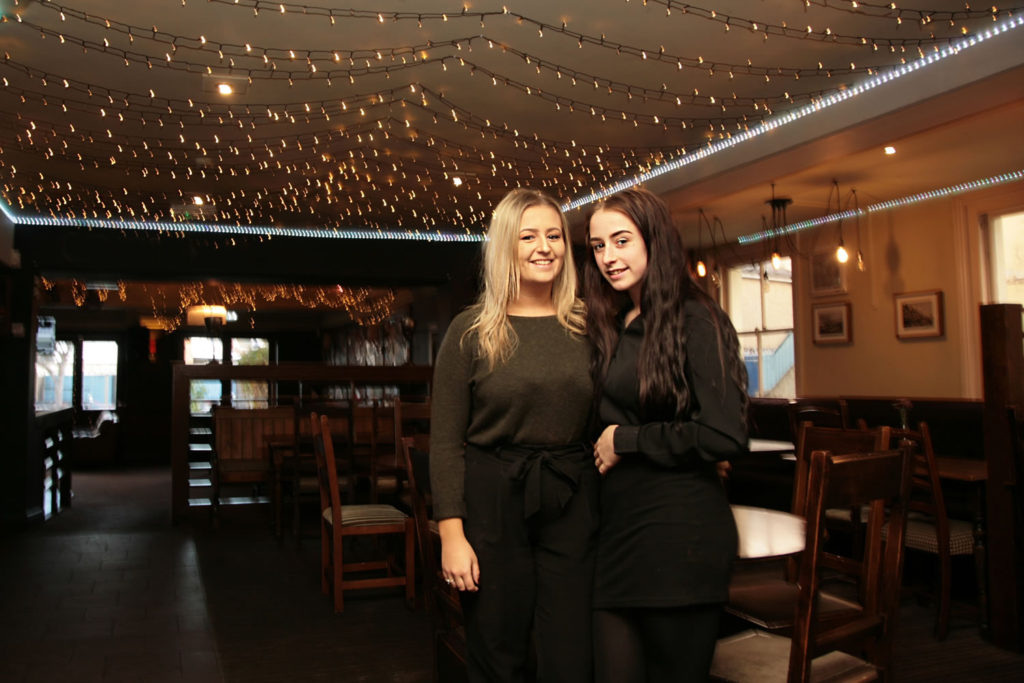 Just along the road a bit we stopped in at the William Hardwicke and met up with Paige and Brooke Knight before heading to the newly installed Christmas ice rink at Place St Maur.

There we met Olivia Dune, Alice Fisher and Hannah Goodyear (main picture) among revellers having bundles of frosty fun. Also full of  festive cheer were Sasha Chipperfield and Sidney Cole, who were all smiles at the waffle stand at the ice rink. 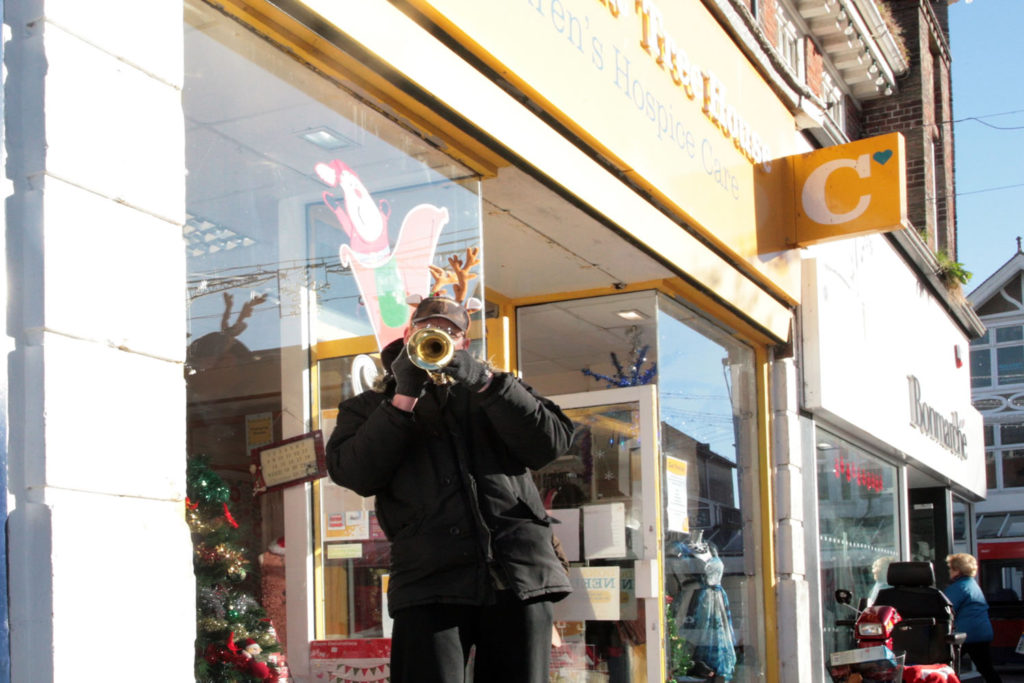 Then trumpet player Geoff Valentis played us a rousing festive tune as he busked outside the Chestnut Tree House charity shop before we stopped off at Peacocks.

There we found find Lisa Holland, Sarah Hellyer, Honey G (face provided by our very own Sarah Fenn), Fiona Slade and Sam Atwill, all full of who were brimming with yuletide glee. 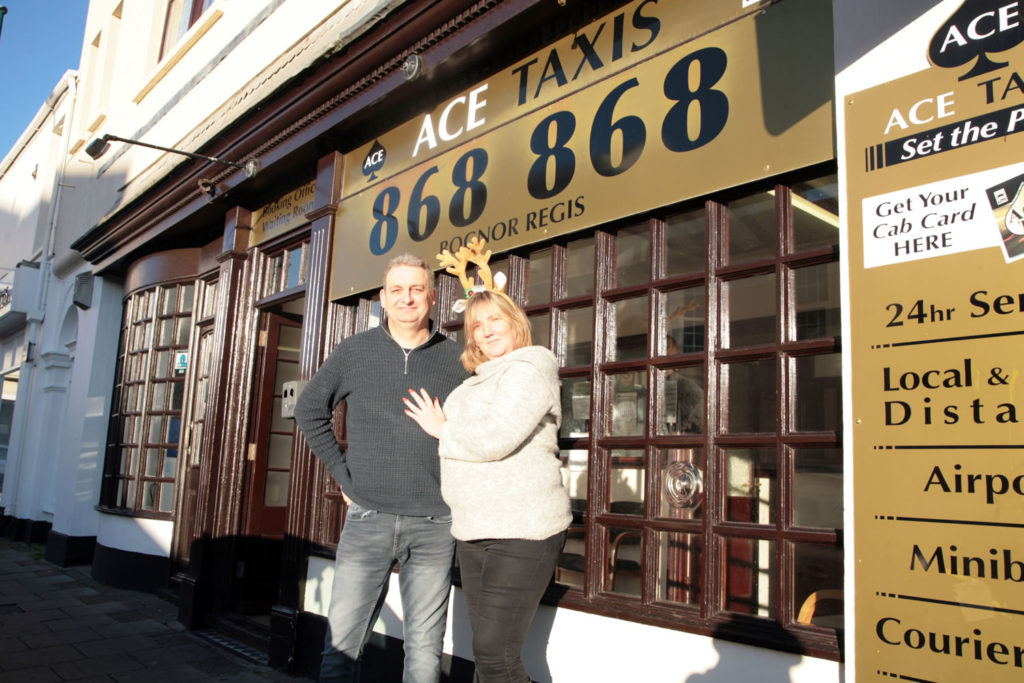 Onwards, we strolled up to see Colin Nicol and Angela Moody at Ace Taxis but not before PCSOs Ollie Smith and Julie Jones stopped to say: “Hello, hello, hello…ho, ho, ho!”

In between we were of a mind to check out the fab tree and dazzling decorations at estate agents Martin & Co – and were greeted by Katrina Evans, Megan Evans and Kraig Evans..and we all enjoyed a merry old time indeed.

Then we headed off to VK Gym, a veritable winter wonderland workout HQ, to catch up with the Peter Lamb, Scott Pusey, Kate Beard and Lisa Moulson. 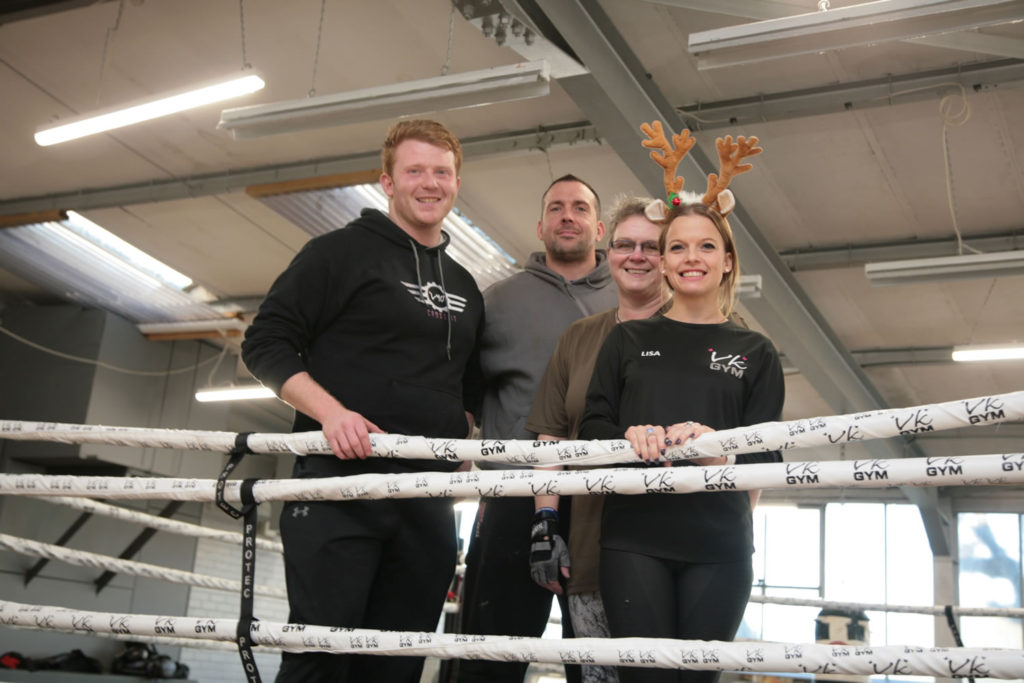 And to finish our tour of Bognor to check out just how the town is gearing up for the festive goings-on by hooking up with Graham Percy and his very own Bengali Tiger at the Appliance Centre.

Time meant we had to draw a curtain on the festive countdown for now. Overall, though we can report that Bognor is heading for a real Christmas cracker!