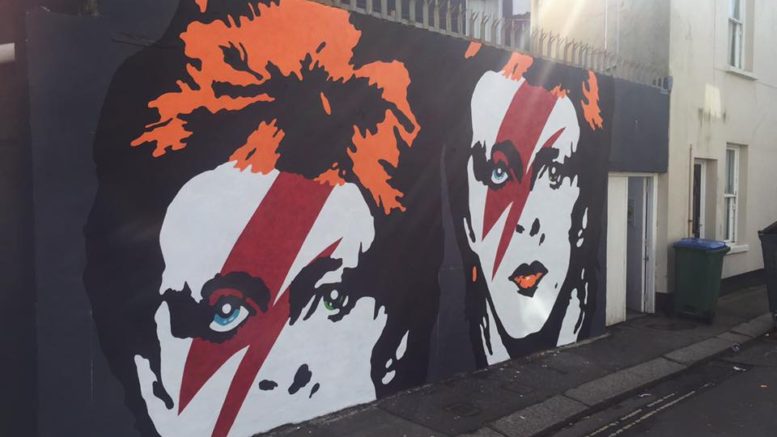 David Bowie is very much the “starman” in Bognor Regis after a giant mural of the pop icon was painted on a wall in the town over the weekend.

The artwork, which shows the late Bowie as Ziggy Stardust complete with distinctive facial zig-zag, now adorns what was a drab side wall of the Pier Hotel in Waterloo Square.

And the huge depiction of the musical great, created by Bognor Regis artist Chloe Dowsett, has been well received by townsfolk.

Admirers took to Facebook group Bognor Matters to show their delight at the painting. But some people have questioned just how long the “Bognor Bowie” will last; citing involvement from the authorities who, they say, may claim the image flouts regulations.

Colin Mortlock said: “I love it, and as a Bowiephile (I think) it should stay.”

Mikayla Lane wrote: “Finally, Bognor has a bit of character on show! But I give it a month before someone moans and the council want it gone.”

But Pier Hotel chief Shane Matthew joined the discussion and said: “They can try but I’ll fight them! It’s an improvement and if they want it gone they’d best come remove it themselves! I’m just getting started!”

And Di Burford added: “It definitely has to stay, it’s fab!”