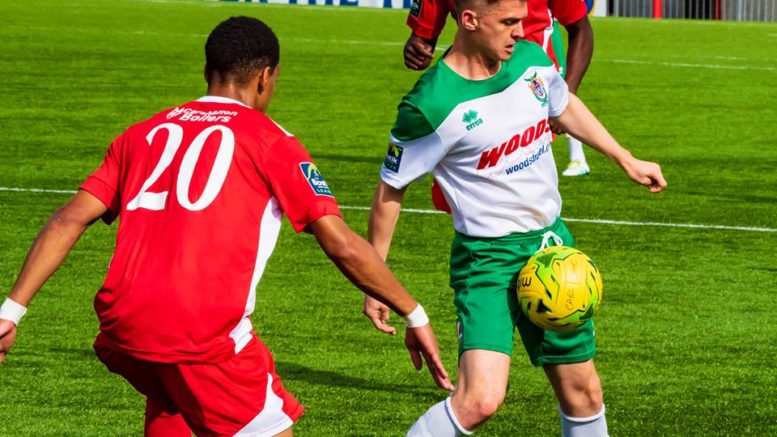 Tommy Block says playing as a makeshift central defender for Bognor is giving him a valuable tutorial in how to improve his preferred midfield role — simply by watching Doug Tuck.

Block, 18, has been drafted in to the Rocks backline as emergency cover after key defenders Keaton Wood and Corey Heath sustained injuries. And he will sit in the heart of the rear guard again when Jack Pearce’s men go to Walton Casuals in the FA Trophy second qualifying round tomorrow.

And while he admits he sees his position in the middle of the park, sitting deeper for the cause allows him to watch pass-master Tuck at close quarters in front of him.

Former Brighton trainee Block said: “Doug has to be one of the best players in the league. I’ve been asked to play at the back and I have no problem with that as it all helps as my game develops. I’d rather be playing than on the bench let’s put it that way! 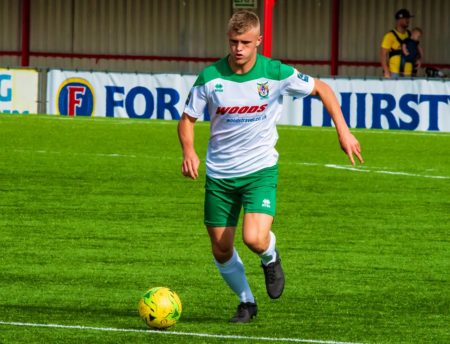 “But the thing it does let me do is see how Doug does it in midfield. Sometimes he gets the ball in such tight space and manages to get his pass away and I look at his movement and think, ‘how did he just do that?’. He seems to be able to create space somehow.

“Obviously my choice would to be in a more holding midfield role along with Doug in midfield. I love the chance to win the ball and then allow us to play from there. But at the minute I’m delighted to be in the side and fighting for the cause.”

Bognor travel to Surrey for the trophy clash before heading back to Nyewood Lane for a Bostik premier League game against Corinthian Casuals on Tuesday night. And Block added: “We’ve only lost one game in the league so we are keen to keep up that decent form. We’ve drawn some we should have won and left it late to snatch a draw in others but there is still a buzz in the camp.

“The lads have trained well this week after the game against Seaford was called off on Tuesday, so we go to Walton in good spirits. We know our squad isn’t the biggest but that is bringing us closer and we are all working hard for each other.”

Car-azy! Rocks to tear up Nye Camp turf and replace with plastic pitch to double up as CAR PARK