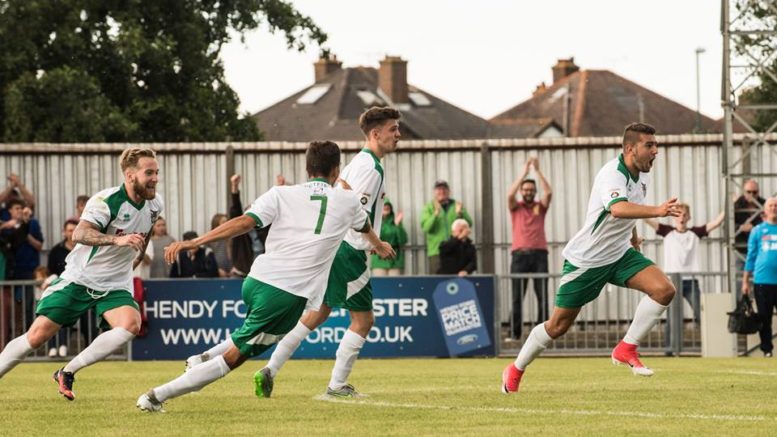 Rocks’ rearguard must get to grips with Christian Oxlade-Chamberlain when they go to Poole Town for their second Vanarama National South game of the season on Tuesday night.

Bognor snatched a dramatic 3-2 victory over Bath City thanks to Ollie Pearce’s thunderous free-kick with time running out in their curtain-raiser at Nyewood Lane on Saturday. The home side had taken a 2-0 lead through Alex Parsons and Jimmy Muitt before being drawn level at 2-2.

Now they go to Dorset and have to contend with the brother of Arsenal and England star Alex, who is on loan at Town from League One Pompey. The speedy attacker, 19, came off the bench to score the opener in Poole’s 2-1 win at Weston-super-Mare. And there is every chance he will be unleashed on Bognor from the off following his dazzling display and goal.

Rocks debutant Ben Swallow, a summer signing from Havant, made a telling contribution against Bath, in a game that highlighted the strength of the league Bognor have joined following their promotion from the Ryman Premier. 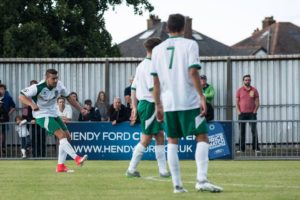 Bognor, bossed by stalwart Jack Pearce, are on the road again following the trip to Poole when they head to Welling on Saturday.