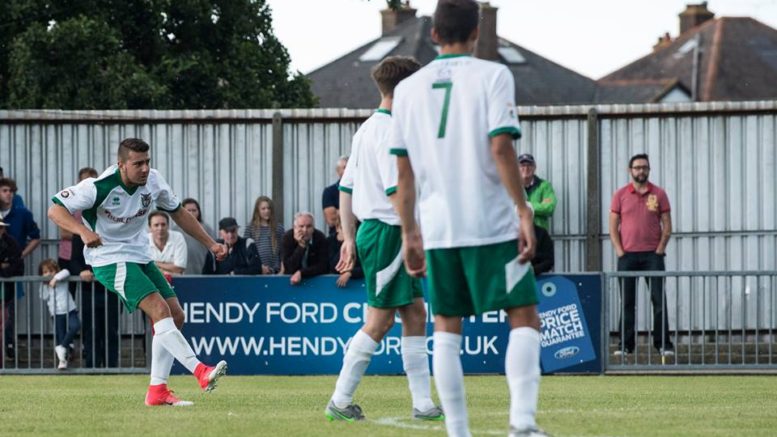 Goal-getter Pearce has been sidelined with a groin injury but is fit again and back in the squad as the Nye Camp outfit bid to get their league campaign back on track.

He got 20 minutes under his belt in the 3-0 reverse at Wealdstone on Saturday, a defeat that meant the Rocks have collected just two points from a possible 18 in the last six outings.

Fans have voiced their disquiet at Pearce being at the helm during this poor run of form and the long-serving stalwart took time out to address supporters’ concerns in an open Q&A session at the club on Sunday.

One issue apparently not discussed was the possibility of former Pompey chairman Iain McInness investing in the club.

Meanwhile, Rocks get the chance to progress in the FA Cup on Saturday when they host Weston-Super-Mare in a second qualifying round encounter at Nyewood Lane, kick off 3pm.