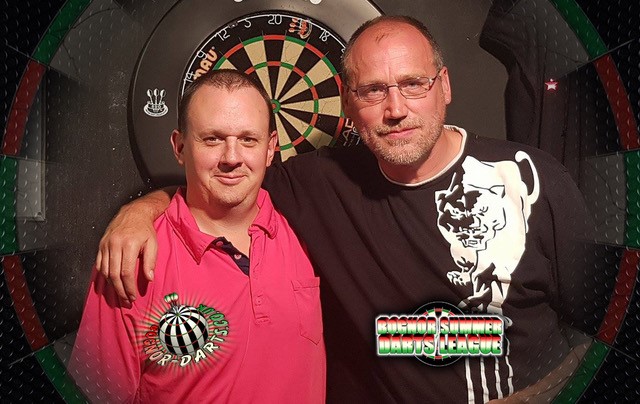 The last knockouts of the season took place at the Newtown Social Club and 54 players turn up to compete over the three divisions and it was Warren who took the top flight crown, with Keith Robinson (Chi Snooker Club) winning the division two title and Graeme Dutton (Royal Oak) lifting the division three trophy.

Some 18 players took to the oche for the division one knockout, 10 short on last year. The first round saw a 180 from Alex Norgett (Newtown Amity), but round two saw Norgett lose out to team mate Ricky Clark.

Clark met the three-time and reigning champion Ragless in the first semi-final, but he lost to Ragless, who made his fifth final in fiveyears. The second semi-final saw Warren beat Dave Owens (Friary ‘Z’).

Warren won the bullseye to go first and started off with two scores of 97, but Ragless did better hitting two tons. Warren missed double 18 for a 96 finish, but Ragless also missed the double to leave 20. 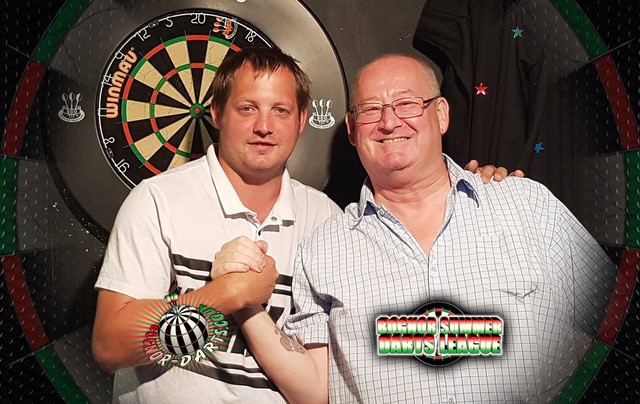 Both players then missed on their next two throws, but Warren eventually took the leg. Leg two saw Ragless start slow, eventually hitting a ton, but Warren started with a ton and followed it with a 180. After four throws Warren was on a finish, and with 62 left he took the double and the title with the last dart.

The division two action saw a first round 180 from Dave Bourne (Aldwick Legion). Bourne made the first semi-final against Ashley Clements (QE2 Galleon) and duly beat him to make the final. The second semi-final saw Mark H Todd (BRSA Ravens) against the 2013 champion, Robinson. Todd has been on form of late, but Robinson showed his class to make the final.

Bourne went first in the final and started slowly, but Robinson was the first to hit a ton. Bourne followed with his own ton and 94, but with 48 left it only took Robinson two darts to take the first leg. The second leg saw Robinson start with a ton, but small scores let Bourne take the lead with steady throwing.

Robinson eventually hit a 140 to leave 66, but with Bourne finishing the leg with 97, 98 and an out-shot of 96, the game went to the last leg. Both players were even all the way in the last leg, but Robinson hit a 140 and a ton to take the lead. Bourne replied with 96, but with three darts and a 76 out-shot on double top, Robinson took the title. 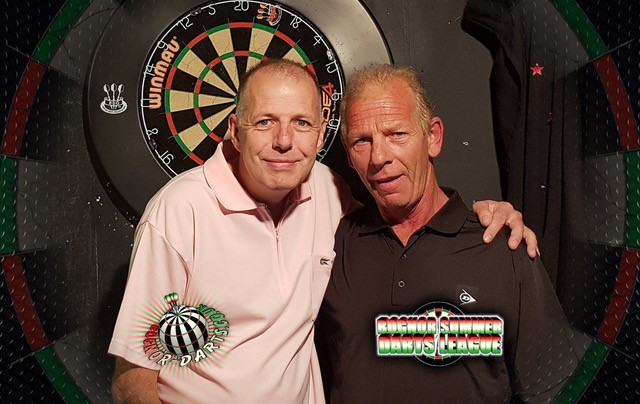 Middleton won the bullseye and started the final with a ton, but scores of 81, 95 and 140 from Dutton gave him the lead. With 60 left, two darts was all it took for Dutton to take the first leg in 17 darts. Again Dutton had the better scores in leg two, and Middleton closed the gap with 81 and85. But with only 57 left Dutton took the double and the leg, taking the match and the title.

Prior conviction! Darts ace Cliff is the star performer in QE2’s victory over Friary Arms

Rowland on his game! He’s in fine form to help chalk up Friary victory over Hunston