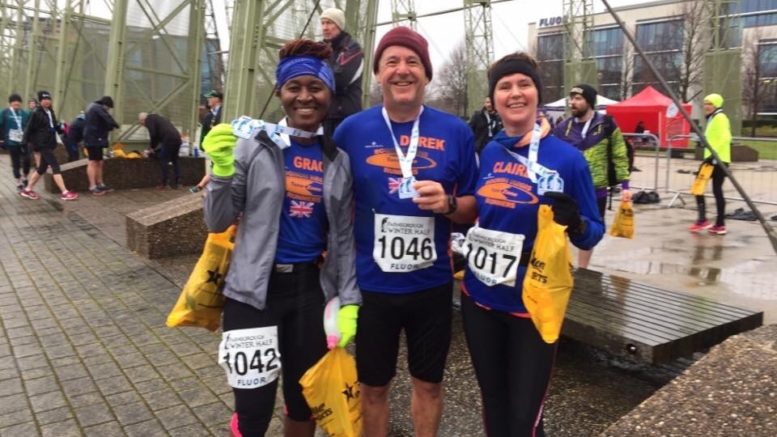 Tone Zone runners had no choice but to keep their cool as they competed in the Farnborough Half Marathon on Sunday in freezing conditions.

Sleet, snow and near sub-zero conditions greeted what have been dubbed the magnificent seven from the club on Sunday morning for the event. 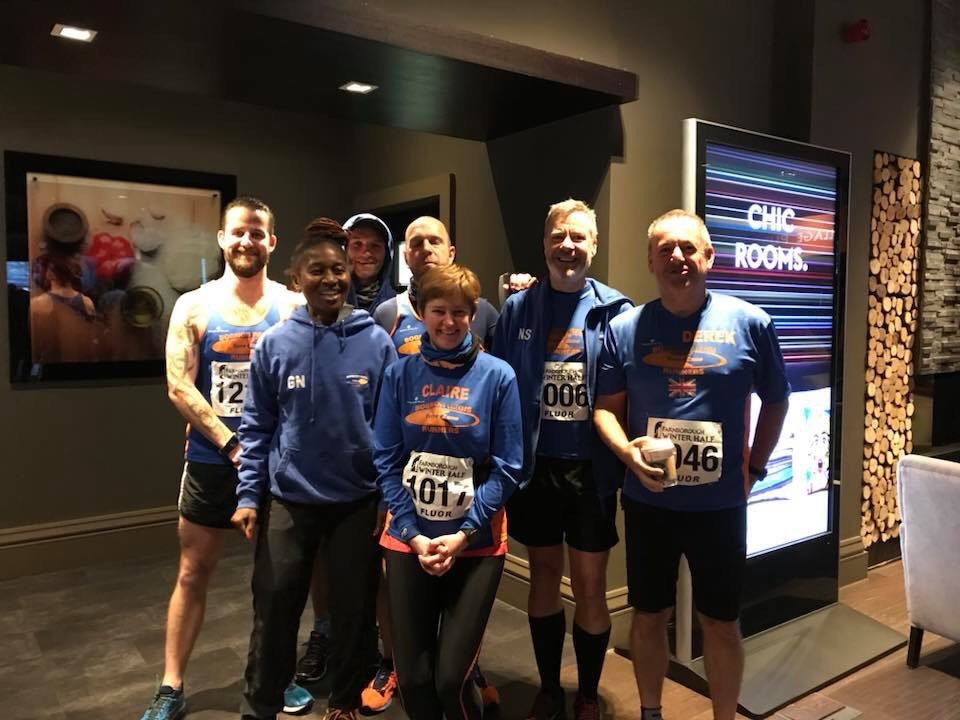 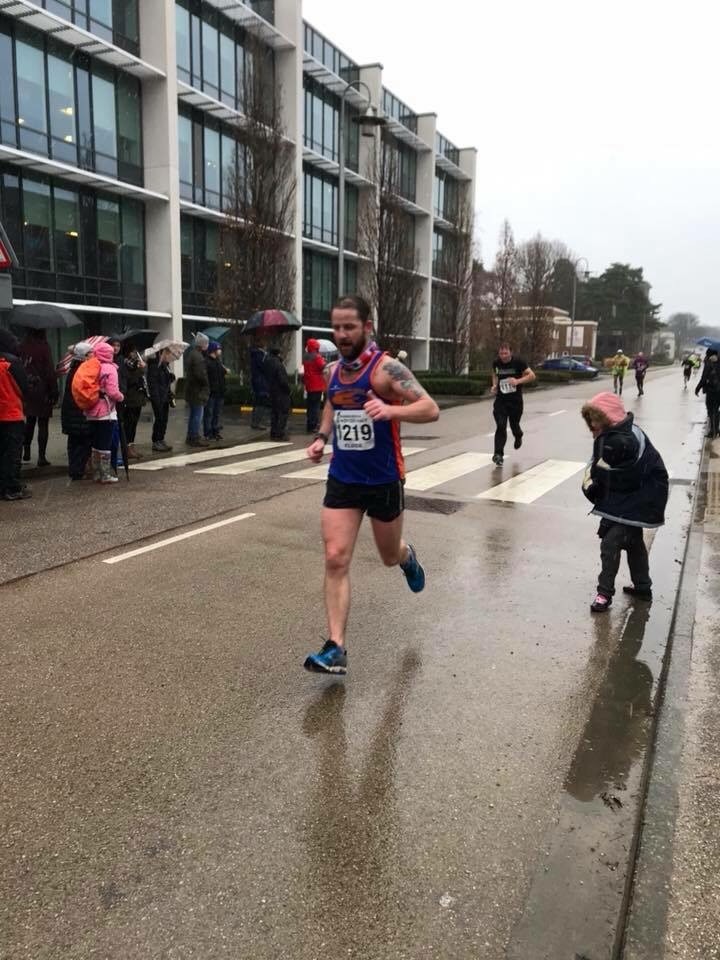 Club spokesman Glenn Penfold explained: “It was a big temperature swing for Grace and Derek Natoli, who ran in the Doha half marathon last weekend. Grace powered on to achieve a personal best half marathon time of 1.58. 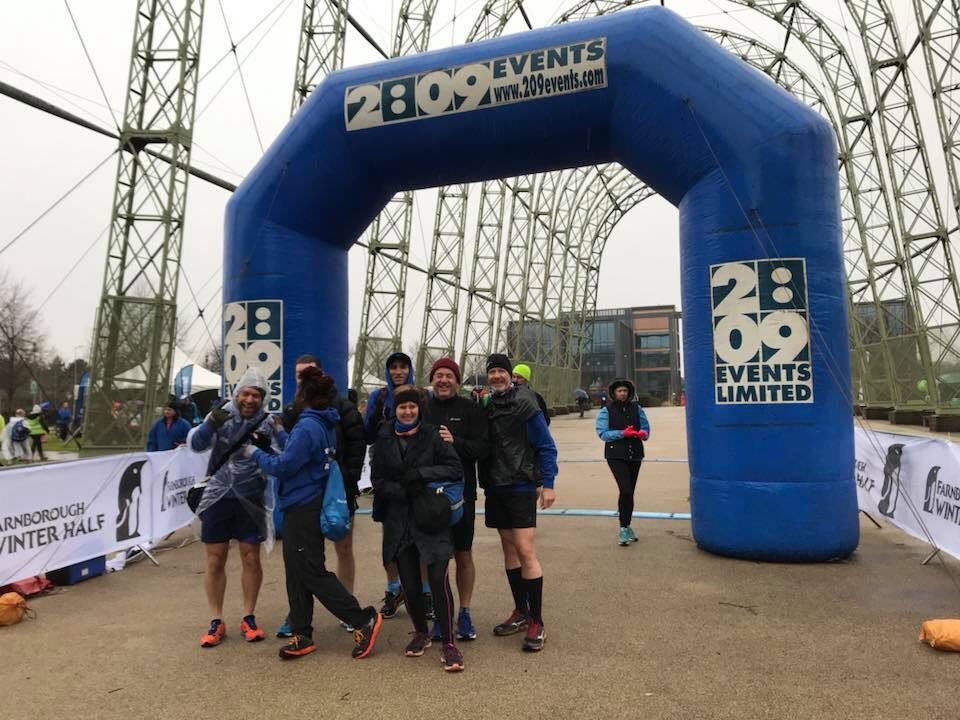 “Claire Baker was also in fine form as she took over 10 minutes off her previous best time to finish in 1.57. Next up and continuing this trend was Neil Pacey with a personal best of 1.53. First home for the club and also running a personal best was Andy Mair who relished the conditions to cross the line in 1.36.” 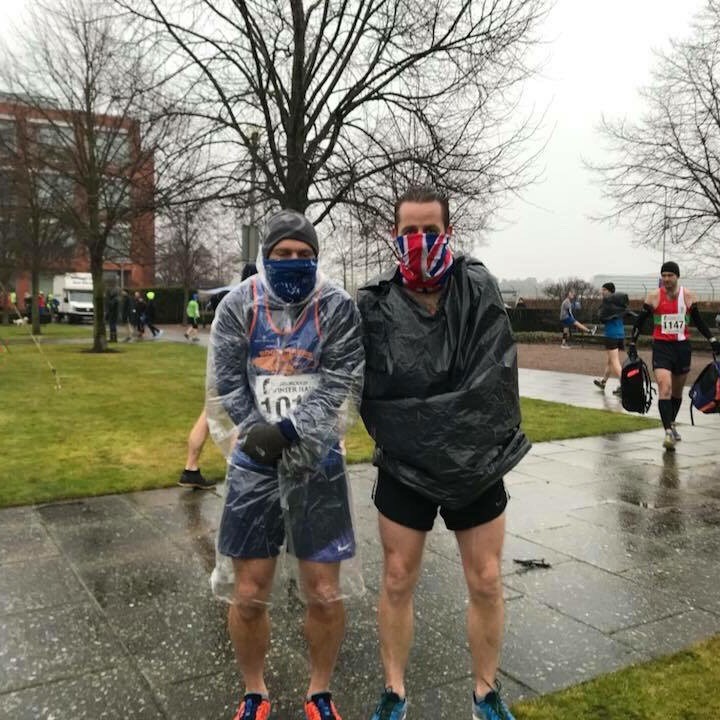