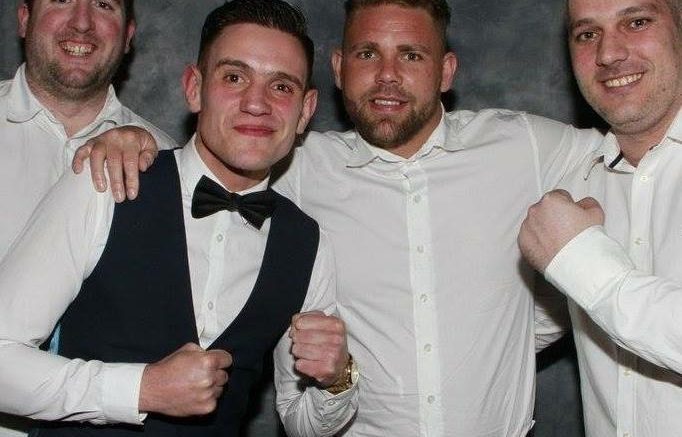 Bognor was host to another world champion when middleweight kingpin BillyJoe Saunders came to town for a meet-and-greet Q&A at Legends Sports Bar, writes Liam Griffiths. And this Friday the town will be welcoming football legend Paul Merson, the former Arsenal, Aston Villa and Pompey attacker, at Nyewood Lane, the home of Bognor Regis Town.

My good friend Nick Riley, of Live Events Sussex, was responsible for securing the appearance of the first Olympic representative to be born of Romany gypsy origin.

I was lucky enough to be interviewing him for the Q&A and, having met him a few times on the circuit before, was still taken back at how interesting, funny, intelligent and humble he was while relaying stories of growing up on a gypsy site, his past experiences travelling with the GB team, what it meant to be representing his community on the world stage and of corse his bitter rivalry with Chris Eubank JR.

With world No.1 middleweight Gennady Golovkin fighting Daniel Jacobs this Saturday, Saunders exclusively revealed to the Bognor punters how he is wholeheartedly chasing a blockbuster showdown with the P4P king for a unification contest that will see all the world middleweight titles at steak (presuming Golovkin comes through the Jacobs test).

Asked how he would fair against the unbeaten puncher, Saunders said: “He’s just a man. Of corse it would be my hardest fight, but there’s a couple of ways a box mover like me could beat him.”

It’s no surprise the gypsy man fancies his chances of toppling the feared Triple G. He’s come up the hard way throughout a professional career that has seen him capture the British, commonwealth, European and world titles, taking five unbeaten scalps of more favoured punchers on the way.

Having previously brought undefeated pound-for-pound legend Joe Calzaghe to Bognor, Live Events Sussex will be moving into London on May 6th to put on a night with all time great Roberto Duran.

Riley told me: “We aim to be bringing the stars over here on a regular basis. I give too much away now, but after the Duran night, we are in talks of bringing another all time great heavyweight champion, over from the states, to Bognor.”

Sports fans outside the boxing hardcore needn’t feel left out either. Bognor based outfit Live Events Sussex will be putting on after-dinner affairs with the stars of the darts, snooker and the football worlds, also.

Being a huge Pompey fan, I’m personally over the moon with the appearance of Paul Merson and am privileged to be hosting the night. Hopefully the people of Bognor will turn out in numbers for what is sure to be another fantastic and memorable night courtesy of Live Events Sussex.