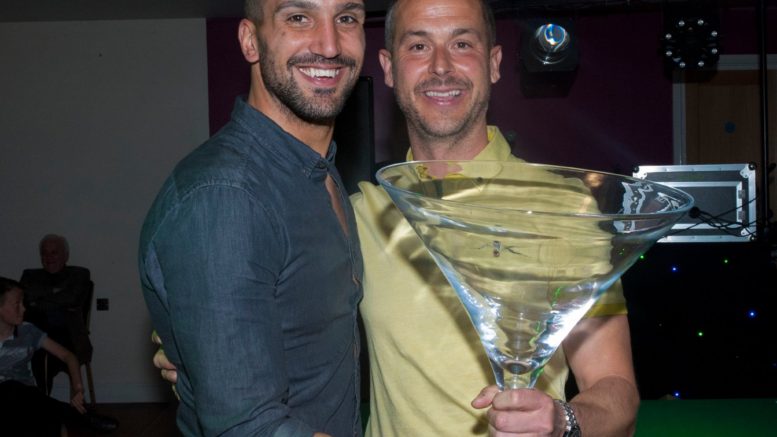 Mayoral chain-wearing Dillon was on hand to make a speech congratulating the club on gaining promotion from the Ryman Premier League to National League South at the end-of-season awards night. 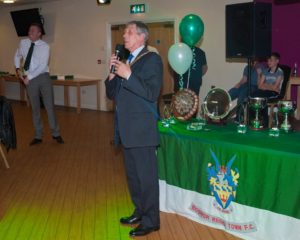 And a few fun-loving supporters teased the town dignitary at last night’s bash with a strained rendition of familiar football ditty, “where were you when we were s**t?”

The chant was presumably a reference to the fact that the mayor was making a rare visit to the Nye Camp given that they had a success to celebrate. But it was all done with smiles and good nature as the team’s effort and the endeavour shown by the players over a long hard season was rewarded with a crop of honours.

Bognor went up with a superb 2-1 victory over Dulwich Hamlet in the play-off final on Bank Holiday Monday in front of more than 3,000 fans. But the joy was tempered two days later when boss Jamie Howell announced he was quitting the club to join Eastbourne Borough. Not that revellers allowed Howell’s departure stop them enjoying the night. 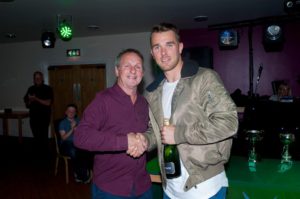 And keeper Dan Lincoln, whose dazzling displays full of amazing saves contributed massively to the promotion push, was voted player of the year. There were also gongs for James Fraser, Gary Chairman, Doug Tuck and Jimmy Wild. 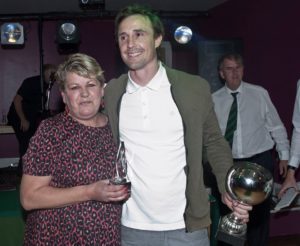