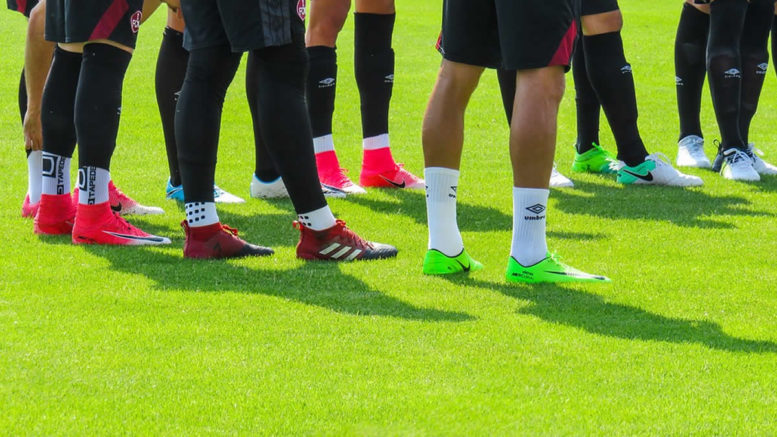 Bognor coach Robbie Blake wants his players to take all the credit for their run of league form that has seen them revive their BetVictor Premier Division play-off hopes. Blake, No.2 to manager Jack Pearce, was purring after the Rocks chalked up an impressive 4-1 win over a strong Enfield Town side at Nyewood Lane on Tuesday night in front of 425 fans.

And chief among those getting the credit was marksman Dan Smith, who hit a stunning hat-trick to help the home side secure the points, with central defender Joe Cook grabbing the other goal, a wondrous, venomous strike from fully 30 yards. Smith, who joined Bognor after being released by League One Pompey in the summer, took his impressive tally to 16 goals and Blake says he is positive there is more to come from the goal-getter.

Bognor now go in to Saturday’s league game at Carshalton Athletic brimming in confidence and looking to improve on their standing of eighth in the table. Blake said:

“It was a super win for the lads and one for which they deserve so much credit. They have worked their socks off over the past couple of months and taken on board the way we want to continue to play football as well as the hard work needed to compete with the best in the league.

“Dan has so much quality up front and you can see he has tonnes of confidence at the minute, which augurs well for the future. He’s going to score more and more goals and, of course, we will need those goals as we try make a push up the table and get in and around the top places come the business end of the season.”

The good news for Bognor keeps coming with influential midfielder Josh Flint said to be heading back to the club on loan from Pompey after he was involved in the Fratton Park club’s squad for the 2-1 EFL Cup win over Northampton Town. Also, striker Brad Lethbridge is keen to return from injury to join up with the Rocks once more but he is a couple of weeks away from full fitness.

Meanwhile new recruits from Worthing, Ross Edwards and Ben Mendoza, have made an impact at the club. Edwards played most of the game in the 0-0 draw at Hornchurch last Saturday, but a toe injury meant he sat out the win over the Londoners last night. And Mendoza made a decent contribution after coming on as a half-time sub for Tommy Leigh.

It all adds up to Blake being confident of his side turning in a good performance when they travel to take on the Robins, with the hosts in sixth position with 32 points from 18 games — the Rocks have played one game fewer and are in eighth spot with 29 points.