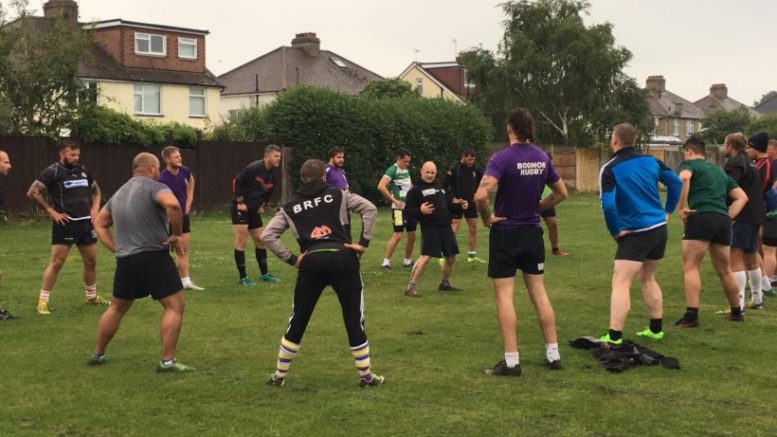 Bognor rugby players have been given orders to build up their strength ahead of the new league season in Hampshire 1. That’s because the club’s new strength and conditioning coach Darren Dugan is a former army fitness coach. He has taken the players under his wing as they prepare for the forthcoming campaign with gruelling training sessions.

Darren has 25 years’ experience in the British Army as senior non-commissioned officer and is a boxing coach and a judo expert. And the Hampshire Road outfit see Darren as an ideal addition to the existing coaching set-up.

And director of rugby and 1st XV head coach Rob Outen said: “We’re lucky to have an abundance of players returning this season, injury and personal commitments for many players who played an integral part in us get promoted the season before were unavailable for much of last year.

“Under the experienced leadership of team captain Lee Balchin we’re taking this season one match at a time but are feeling very optimistic. Bognor RFC has invested a lot of time in the off season to developing a strategy for the future, involving both experienced players and developing youth players through our player pathway programme to provide a positive future for the club.”

Bognor’s first pre season match kicks off on August 19th away to Burgess Hill with an open training session on Saturday 5th August from 1pm-4pm. Spokesman Doug Millen said: “New players or players returning to the game are always welcome and with Bognor RFC planning to run 1st, 2nd, 3rd and vets teams, there’s sure to be a place for everyone.”

The league season kicks off at 3pm at Hampshire Avenue when Bognor host Overton on 9th September.