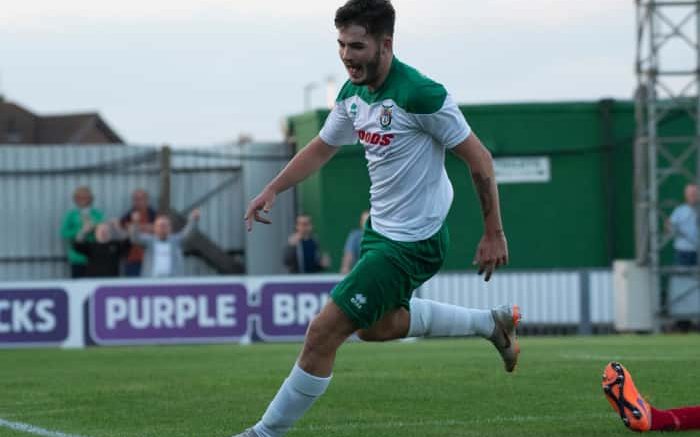 Bognor boss Jack Pearce has moved to add firepower to his frontline by extending the loans of dynamic strikers Brad Lethbridge and Dan Smith from Pompey. Both go into the squad to face Wingate & Finchley in the Bostik Premier League at Nyewood Lane tomorrow.

Pearce hopes the additional goal threat will bring a boost to his injury-ravaged outfit following the 1-0 reverse at home to Corinthian Casuals on Tuesday. Lethbridge was missing from the side that suffered only their second league defeat of the season after being called up by Fratton Park manager Kenny Jacket. The young forward, 17, played in a 3-2 win over Tottenham in the Checkatrade Trophy and earned some rave reviews for his performance. Now he is back in the Bognor ranks ahead of tomorrow’s match, along with Smith, 19.

The latter has been sidelined through injury but is fit again and his return is timely for Pearce and No.2 Robbie Blake. And Pearce said: “There is no question that both Brad and Dan offer us options going forward and if you saw our approach play on Tuesday in the loss to Corinthian Casuals, you could see we created many chances. Unfortunately, on the night we were unable to cover those chances and inconceivably ended up losing the match.

“But our task is to go again and we remain focused on doing just that. Brad and Dan joining us for an extended loan period does offer us options in the final third. Once again, we are grateful to Pompey, who have shown great faith in our ability to help develop their young talent.” 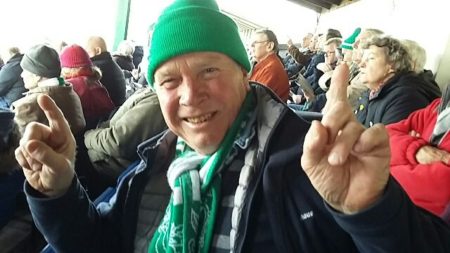 Meanwhile, the club will pay their respects to a devoted supporter who passed away recently by honouring his memory for the Wingate & Finchley game, naming it as the Bill Spriggs Day. Rocks secretary Simon Cook explained: “Bill was a much-loved supporter of many years and his cheery personality won him many, many friends at the club and beyond. We will hold a minute’s silence before the game in his memory on a day when members of Bill’s family will be our guests.”

The club will unveil a new £18,000 cover at the Seasons End of Nyewood Lane at half-time. The money to pay for the work has been raised by the club’s Executive Club along with a donation from the supporters’ club. Executive club organiser Peter Helsby will present this month’s winner, who happens to be former Rocks defender Gary Young, with his £500 winnings as part of the unveiling ceremony, with club mascot Rocky the Bear overseeing proceedings. The green and white structure took two days to put up and Cook says he couldn’t be happier with the cover. 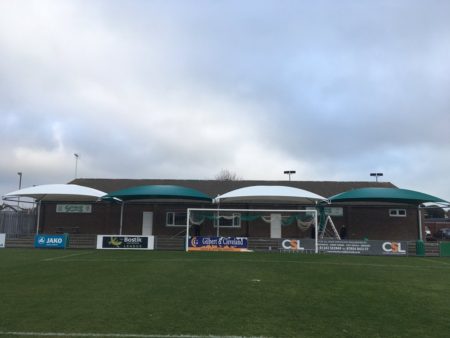 He said: “We’re very pleased with how it looks and I think it complements the ground and adds a certain something to the look of the ground, too. Not only will it keep our fans dry when it rains it will also improve the acoustics so we’re hoping the fans will try to raise the roof when we are playing. Not literally, though!”

Supporters club chairman Ian Guppy sees the improvement as a huge fillip for the club. He said: “It’s amazing and I was glad to have been a part of the project at the start and I feel it will help the club carry on progressing off the pitch.

“The new covers will also still assist our function suite, Seasons. We made sure the roof was aesthetically pleasing so not only does it serve a huge purpose during games but also lends itself to helping with events at the club house.”

Race against time! Injury-ravaged Rocks desperate to recruit new faces ahead of deadline