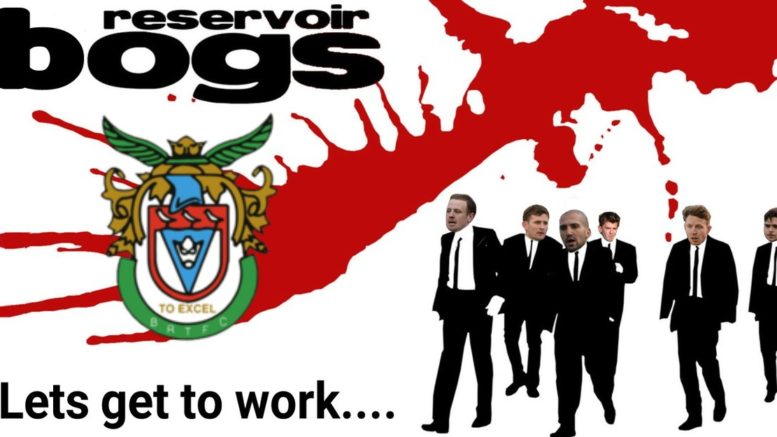 Rocks fans are set to travel in big numbers to Havant and Waterlooville on Bank Holiday Monday for what promises to be a nail-biting Ryman Premier League title decider.

But spoilsport chiefs at Bognor Regis Town’s title rivals have told the travelling and vociferous Green and White army they are BANNED from taking the likes of horns or drums into West Leigh Park for the crunch clash.

Rocks supporters ordinarily strike up various terrace songs from behind the goal Jamie Howell’s men are attacking and use their instruments to good effect to accompany their carefully crafted lyrics.

But not so for this match. In a post on the club’s website, headed,  ‘Information for Havant away game’, it reads:

“Due to the possibility of a larger than normal crowd it has been requested by Havant and Waterlooville that fans do not take any horns or musical instruments into the ground. Fans will be searched and items may be confiscated by the hosts.”

Rocks supporter Tony Moore said: “It’s as if they don’t want football fans to do what they are there for; make a good racket in support of their team. We’ve seen the demise of the atmosphere at Premier League games because of the sterile environment enforced at stadia so it is a real shame this seems to be happening at a non-league game where the football is very real, as are the fans.”

With three games remaining, Havant play at Canvey Island today (Good Friday) and are currently a point behind leaders Bognor. Both teams re on the same games played. Rocks host Harlow Town tomorrow and then the two rivals square off on Monday.

And there is set to be a large contingent at the game in support of the Rocks. Fans club supremo Ina Guppy said: “I’d argue if we were to win Saturday and have a chance to ‘win the league’ it wouldn’t be outrageous for there to be a crowd near 3,000 with a about 500-700 Bognor fans.”