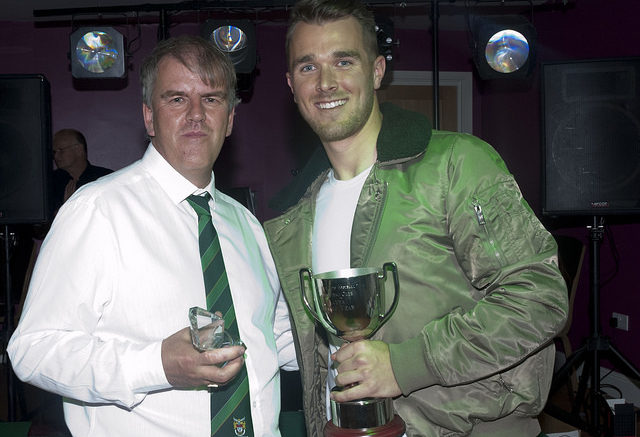 Rocks keeper Dan Lincoln could yet sign a new deal with the club despite being wanted by a clutch of top non-league outfits.

Ex-Reading ace Lincoln is desperate to get back into the professional ranks but could choose to continue as the Bognor Regis Town custodian unless an offer materialises that will fulfil his ambition.

And despite plenty of non-league suitors eyeing his services, Lincoln, who was voted the supporters’ player of the season, has indicated he may be happy to stay at Nyewood Lane.

He enjoyed a superb season as the Rocks gained promotion to the Vanarana National League South from the Ryman Premier League with a dramatic play-off final victory over Dulwich Hamlet.

Rocks supremo Jack Pearce said: “I am waiting for Dan to speak to his agent but he may still sign with us. He is obviously ambitious and wants to play at the highest level. He could yet play for us for another season if an offer from professional club doesn’t come in.”

Pearce says he is set to interview two candidates for the vacant manager’s role at the club at meetings tonight. The club were left without a boss when Jamie Howell quit at the end of the season to join Eastbourne Borough.

Meanwhile, Pearce has secured the signature of Alex Parsons ahead of the new campaign.