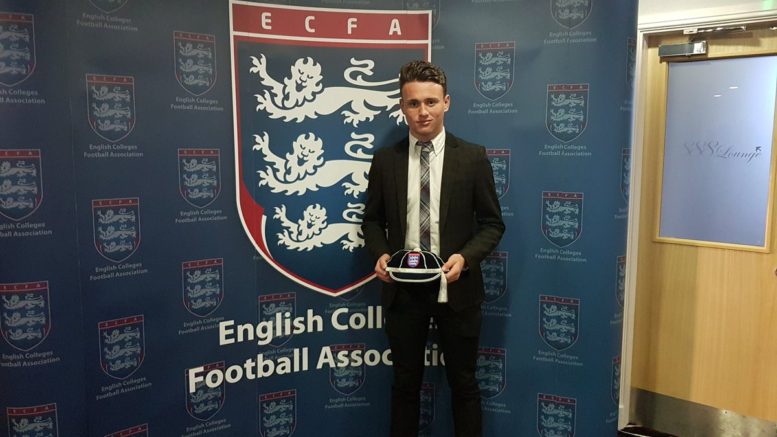 Three Lions starlet Charlie Williamson has capped a wonderful season as a footballer by being given a prestigious award after representing his country at international level.

Bognor teenager Charlie, who plays for Worthing in the Ryman Premier League, was handed an international cap following several appearances for England Colleges. Tommy Block, another starlet from our area who is on the books of newly promoted Bognor Regis Town, also got the call-up.

Charlie’s dad Mike says he is extremely proud off his son’s achieve,emtns. He explained: “He played a couple of games for England Colleges along with two others from Worthing College; Fintan Walsh and Luke Brodie and Tommy Block. 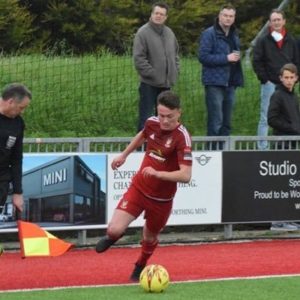 “They all went through a series of trials with players from colleges all over the country and the other three were selected in the national squad for a tournament in Italy whilst Charlie was selected in a small standby group.

“Charlie played his first game against a Japanese touring squad at Chelsea’s training ground at Cobham, Surrey and England won the game comfortably. He was then selected to play against Wales in Bristol and this game ended in a 1-1 draw.

“As you can imagine i was extremely proud that he was given the opportunity to represent his country for England Colleges and the sight of him in the white England strip makes all the hours and miles over the last 10 years more than worthwhile.”

But Charlie’s Three Lions career may be coming to a halt, unless, of course, he plays for the fun; national side! Mike added: “Unfortunately he doesn’t qualify through age to play next year as he was born three days before the qualifying date starts.”