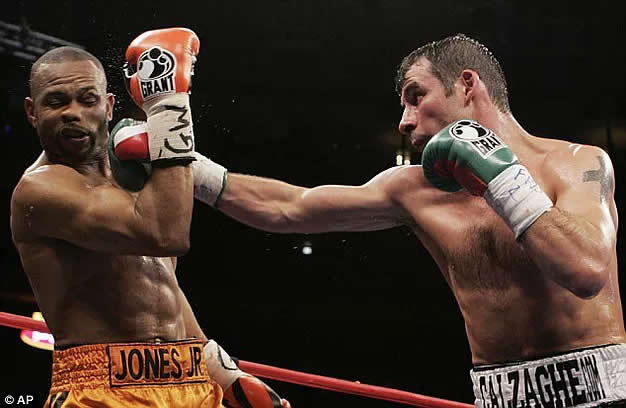 Legends Bar have announced they are set to host a meet and greet with the former Super -Middleweight king.

Calzaghe won his first professional bout in 1993 but “The Pride of Wales” propelled to stardom four years later when he defeated the enigmatic Chris Eubank in a 12 round war for the vacant WBO Super-Middleweight title at the Sheffield Arena.

With his illusive southpaw style and lightning fast hands, Calzaghe would go on to retain his WBO crown for the next eleven years before retiring undefeated in 2008 after a unanimous decision victory over Roy Jones Jr (pictured)

In a world where champions can be accused of avoiding fighters,Calzaghe locked horns with some of the greats of the game and boasts arguably the most impressive fight record for a Boxer from these shores. Calzaghe endured bouts with Eubank, Kessler, Lacy and perhaps most impressively stepping up to Light Heavyweight to defeat ring legend Bernard Hopkins.

Calzaghe will be sharing his story in a Q&A session on December 8th, there will also be prize giveaways, raffles and photo opportunites to meet the star.