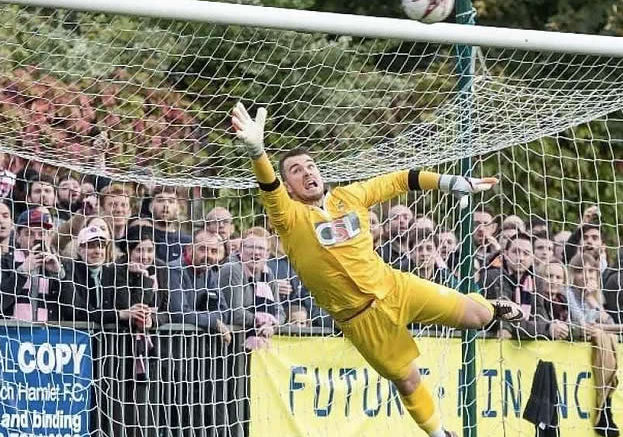 BOGNOR keeper Dan Lincoln could be on the verge of a sensational switch to Premier League giants Arsenal.

Rocks No.1 Lincoln joined the Rocks earlier this season following the departure of Billy Grainger.

Lincoln, 21, departed Championship side Reading in 2015 and has since had spells with Basingstoke and Braintree — with whom he is dual-signed along with the Nyewood Lane outfit.

He landed a chance to impress Gunners coaches when he played for an Arsenal XI in a 1-1 draw at Hitchin Town last week.

Lincoln is expected to play for Jamie Howell’s side in the Ryman Premier League game at Leatherhead on Saturday.

But he could me on the move thereafter and awaits news of a move to the Emirates.