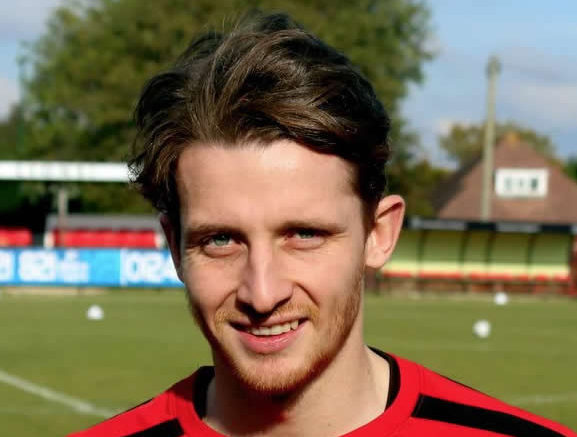 In an action packed Sussex Senior Cup clash, Pagham started the game as underdogs but defied odds with a gutsy performance at the GAC Stadium.

Pagham took the lead early on when Scott Murfin met a driven cross from Pamment and steered the visitors into a lead after 22 minutes.

The Lions had to ride a storm to preserve their 2-0 lead going into half-time, stopper James Binfield making an important save to keep the hosts out just before the interval.

As the second half got underway Pagham had their backs to the wall and as East Grinstead swung in a corner it was met fiercely by East Grinstead captain George Bemmer and as the ball looked destined for the net, Pagham midfielder Llloyd Rowlatt was guilty of a deliberate handball and had no complaints as the referee brandished a straight red card.

From the resulting penalty Binfield was finally beaten as Marcus Elliot fired the ball home from 12 yards. Game on.

Pagham had to withstand a constant flow of pressure as the rearguard held firm and they once again had their Goalkeeper James Binfield to thank for a magnificent reflex save from a goal-bound header to keep the precious lead intact.

However the Wasps finally got the equaliser their play had deserved on the 68th minute when on loan AFC Wimbledon winger Louis Stanton-Cockel delightfully lobbed the ball home from 12 yards leaving Binfield only left to admire.

With twenty minutes to go you could have forgiven the visitors for succumbing to the pressure but they showed the resilience that has propelled them to second place in the domestic campaign and they started to believe that the tie was not over.

As the game was drawing to a close, Pagham’s endeavours were rewarded when left back Jordan Warren set off down the flank and as he reached the byline he delivered a steered cross for Pamment to bundle home from close range.

East Grinstead threatened the Pagham goal but only with ambitious efforts from outside the box, testament to the metal shown by the Lions defensive unit.

Pagham now advance through to the last 16, with the draw being made on Saturday.