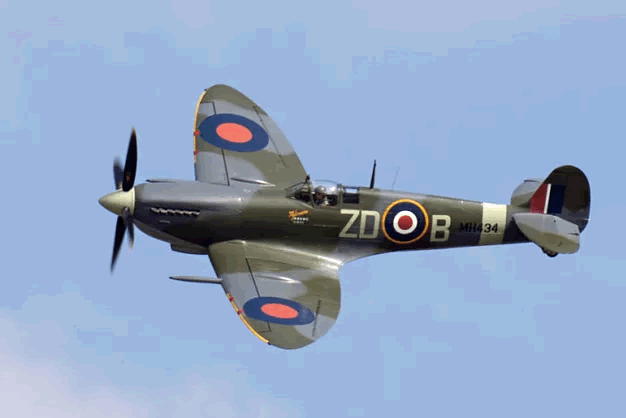 BOGNORIANS have reacted with anger after a complaint was made over the Spitfires that provide impromptu air shows in the skies above the town.

The iconic WW2 plans were instrumental in helping the Allies to defeat the Germans and piloted by brave and heroic pilots from the RAF — and they had one of their finest hours in the Battle of Britain.

And or a good few summers now, locals and visitors have looked to the skies regularly on hearing the familiar hum of the aircraft, which can be hired for rides from Goodwood and perform stunts and fly-bys over our stretch of  coast.

But one resident of nearby Selsey has chosen to complain about the noise and disturbance and done so in the form of a letter to councillor Roger Barrow.

“I was very surprised to receive a complaint from a resident regarding the noise and disturbance cause by Spitfires from Goodwood.”

“My overwhelming impression is the pride many residents feel in watching this iconic aircraft flying over our homes…but what do you think?”

“Buy the person who complained a one way bus ticket to the antarctic.”

“may we never forget those brave men that went up against so many with so few without question! God bless them all.”

“Fantastic planes let’s hope they keep flying for a long time yet.”