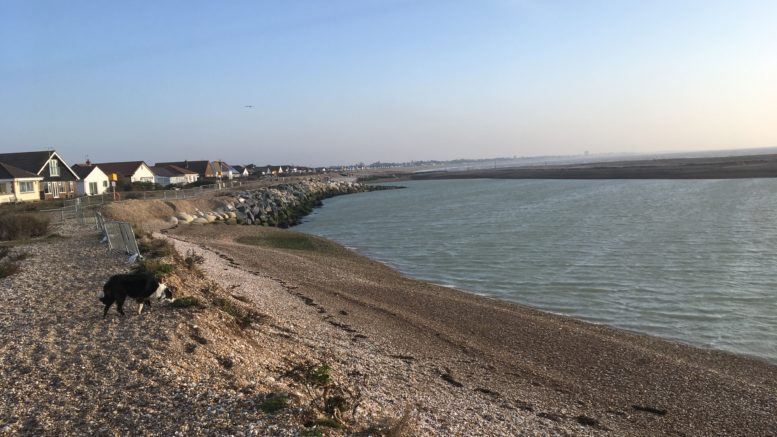 Pagham is known for its harbour, lagoon and, more recently, for the shifting shingle and sands which caused the harbour spit to grow causing property-threatening erosion along the scoured coast.

Now, it seems, a secondary spit has joined at points east and west on the beach and this has created a lagoon, seen in our pictures taken this morning. The original Pagham lagoon sits behind the threatened seaside abodes and is partially lipped by the Church Farm Caravan Park. Here we have a second.

Of course, the seascape is completely different depending on the tides but what seems to be clear is that the land masses have met. How long this will last, and of what benefit it may be to concerned residents and the thereat to their homes remains to be seen.

Locals have long called for a channel to be cut in the growing Church Norton spit. Over the years the spit has forcing the tides in and out of Pagham Harbour to scour the beach and threaten the beachfront bungalows along West Front Road.

It is thought that creating a channel will restore the harbour mouth to its original position back in 2003 when the development first appeared.

Work on cutting a channel would have to comply with environmental rules because of the harbour’s status as a globally important wetland.