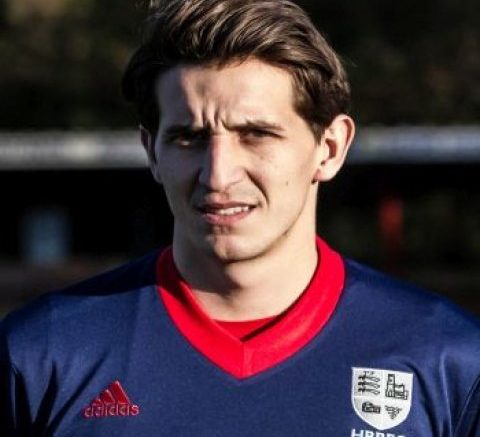 Jamie Howell believes new Rocks striker Charlie Moone can be the fox in the box that will sniff out goals to boost Bognor’s promotion bid.

And Howell, whose table-toppers host Dulwich Hamlet in the Ryman Premier League tomorrow bidding to extend their five point lead at the top, says he is delighted with the capture of the Slough Town hitman.

He said: “Charlie has plenty of pedigree and I think hr will bring goals to the club. He has always scored goals consistently where ever he has played and hopefully that will be the case with us.

“Slough have three or four strikers and they have been rotating them. Strikers like to play every minute of eve game so, yes, he has come to us and I am delighted.

“Elijah did very well of us but Charlie is a different player, a fox in the box and for us that is great because we create a lot of chances.”

Moone signed for Slough from Hampton & Richmond Borough during the summer of 2016 following the Beavers’ Isthmian Premier Division title win.

He was a prolific striker for the Middlesex club where he hit 118 goals in 257 appearances. His time there included a season where he struck 34 league goals, earning him the Golden Boot.

He has also previously played for Woking and Boreham Wood.

Scott goals in him! Murfin main man as Pagham bid for FA Cup glory at Sittingbourne