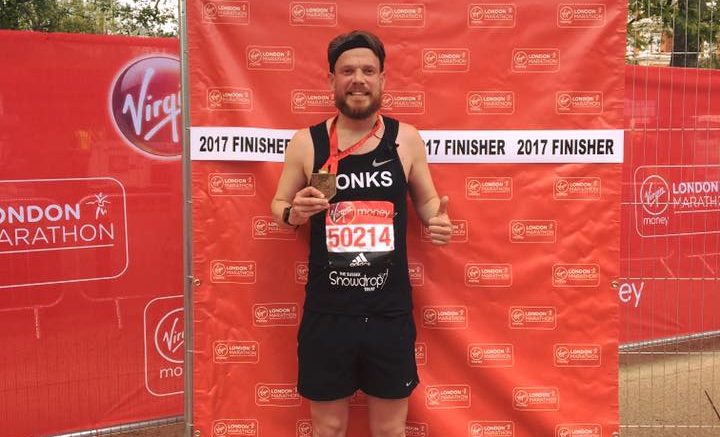 Alex Tonks gave up cigarettes to get fit and raise money for charity by competing in the London Marathon…and he has raised more than £3,000.

He was in the capital for the huge event, as was with Tone Zone running coach Keith Hardwell, who was also was one of many Bognor Regis participants to represent the town in yesterday’s marathon.

Keith and Alex were among a healthy contingent of runners from our area who took part and he did so with a time well under four hours, recording a time of 3.52. 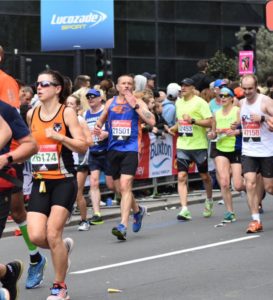 And Keith soon realised he was in for an unexpected problem when he took to the tub to soak his aching limbs. He took to Facebook to tell friends and supporters: “So I thought the pain of running the marathon was bad enough, until I had a bath. Chafing!”

And as well as runners with an eye on a decent time, such as Keith and other runners from the Tone Zone club, others chose to give it a go to raise money for charity. One of those was kind-hearted Alex, who set about the 26-odd miles in a fundraising effort for The Snowdrop Trust. And he has raised a decent amount for his efforts.

After the exhausting event, he said: “I completed the London marathon, definitely one of the hardest challenges I’ve come across!! A respectable time of 4hrs37 and extremely sore! Thanks to every that has donated, smashed the 3k target, making all the pain worth while!Thanks again.”