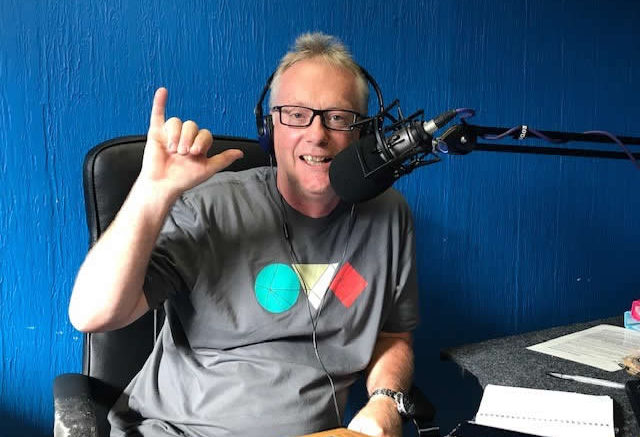 Tune into DJ Steve Smith’s show on Bognor’s very own Radio Respect and you’ll hear an eclectic mix of music from The Who to The Clash with warm, engaging patter thrown in.

Dad of two Steve, known as Smithy to his listeners, is one of the newest recruits to the online station that is staffed by volunteers, runs on donations as well as some income from an on-site retro shop and, most importantly, is dedicated to mental health issues.

Chris and Caroline Collins established Radio Respect in 2013 and it has gone from strength to strength. And if the station can get a fundraising boost they have plans to purchase an FM licence as well as equipment to enhance the accessibility of the set-up.

Liz Latter, the director and volunteer coordinator, says that a lot of the volunteers suffer from mental health issues and are referred to Radio Respect from places such as The Bedale Centre and The Chichester Centre as part of their treatment, adding:

“They form friendships, gain confidence and work experience. Volunteering with us prevents isolation. Then in turn our volunteers help the community in providing our radio station, shop and drop-ins.”

Steve, who works at Rolls Royce near Chichester, says he was inspired to get involved because of the nature of those people who are being helped by the operation. He explained:

“I got involved earlier this year when I saw a Facebook post from Radio Respect that they were after new presenters. I did a bit of research into the operation and seeing it was about raising mental health awareness, I thought I would get involved as it’s a great cause and something close to my heart.”

“I must admit I’ve always thought in my head I had great music choice and could be bit of a ‘DJ’ and this was my chance to see if I was right. So far, the feedback has been good about my musical choices via social media and friends — and Radio Respect continue to allow me broadcast so I must be doing something right! Maybe there is a future for me on the airwaves!”

As for musical tastes, Steve says he can’t escape the influence of independent music, but that he is happy to be a broad church when it comes to what he plays on air. He added:

“I must admit to being a bit of an ‘indie kid’ at heart in my choice of music (John Peel being my biggest music influence), but the older I’m getting the more musical avenues are opening up for me and now and on my show set list you could find The Fall, Half Man Half Biscuit, Average White Band, The Who, The Clash, Northern Soul and even a bit of Abba!”

“I’m really enjoying my involvement with Radio Respect and looking forward to getting more involved in the future.”