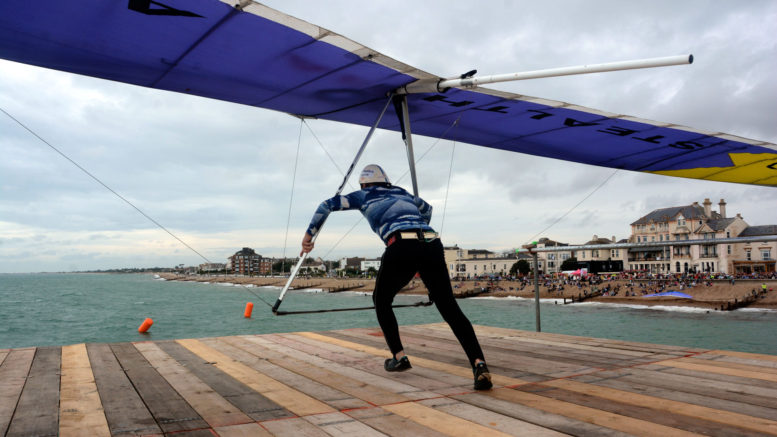 A last-ditch plea for a sponsor has been made after it emerged that the Bognor Birdman event had been scrapped.

The competition for man-powered flying machines was set to take place on Saturday 12th and Sunday 13th August. But dejected organisers have been forced to call off the annual spectacle of winged wonders hurling themselves off the town’s pier in a bid to claim prize money for distance covered.

A hugely popular fancy dress category ensured much hilarity among visitors who flocked to the promenade  to witness the madcap capers.

A statement on the event’s website broke the news that the madcap weekend had been axed. It says: “In the absence of a major sponsor this year we regret the 2017 International Bognor Birdman has had to be cancelled.

“The organisers would like to thank everyone who supported us and will be working hard to ensure our Birdmen fly again soon. Yours faithfully, The Birdman Team.”

But supporters of the event hope a late appeal for financial backing can salvage the high-jinks. One, Rob Yorke, said: “Its a crying shame that someone can’t see the value in backing such a wonderful event. I can’t imagine that we are talking huge figures.

“I have been on holiday on the other side of the world before and seen footage from the event so we know it attracts huge media interest. If anyone is out there and can help please get in touch with the organisers. I do hope that it can still be saved.”