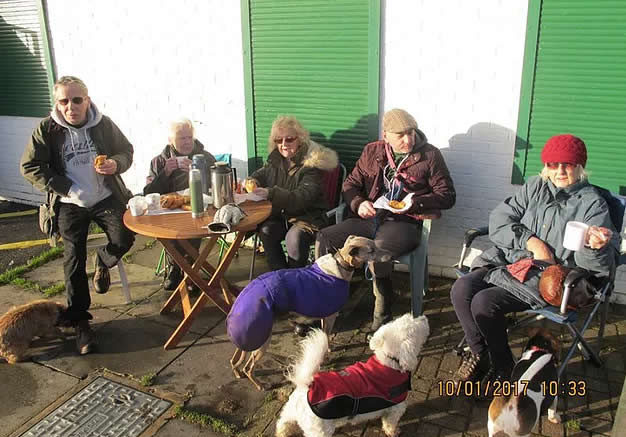 Dog walkers fed up with not being able to have a cuppa at the cafe at their favourite park have taken matters in to their own hands.

The group of friends who exercise their pooches at West Park in Aldwick, Bognor Regis, say they are so frustrated at the lack of hours the cafe is open that they have had to create their own pop-up facility.

Organiser Angie Jackson says the group, named the Canine Cuppa Collective, have been forced into taking action after months of inactivity at the cafe.

“It’s a bit of a protest, really. For years the cafe has remained closed in the winter months and it is a real shame because it is denying park users a facility and it means we can’t have a cuppa and a chat once we’ve had our walk.”

“It’s open and busy in the summer and that’s fine but so many folk still use the park out of the summer season it seems ridiculous that it is not open for at least some of the day.”

“So we decided to create our own, unofficial cafe. We brought along hot drinks in flasks, croissants, tables and chairs and had a great laugh — and we will be doing it again!”